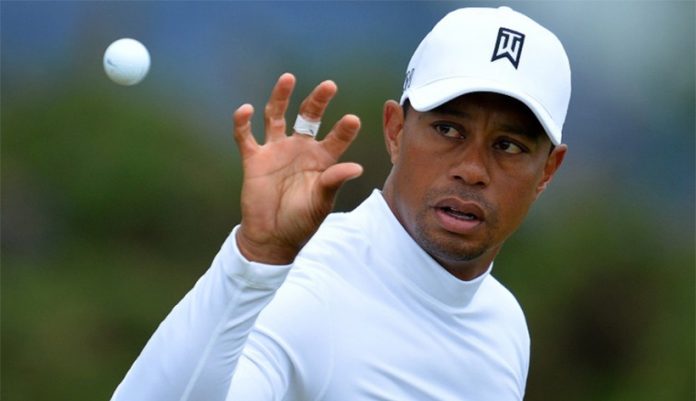 Tiger Woods made it official. The 14-time major champion has committed to teeing it up at next week’s Safeway Open.

Tiger Woods makes it official. He commits to next week's Safeway Open, will play his first competitive event in 14 months.

The @PGATOUR says Tiger Woods has officially committed to next week's Safeway Open. His last start was August 2015.

It will be Tiger’s first PGA Tour event in over a year. The Wyndham Championship in August of 2015 was his last tour round, while the 2013 WGC-Bridgestone Invitational was Tiger’s last tour win.

On his website last month, the 40 year-old Woods announced that he was hoping for a return at the Napa-based event, but he had yet to make it official.

Hoping to play in Napa, Turkey, and Hero in the Bahamas. Can't wait to compete again. https://t.co/cuNUTQv0NW

“My rehabilitation is to the point where I’m comfortable making plans, but I still have work to do,” Woods said last month. “Whether I can play depends on my continued progress and recovery. My hope is to have my game ready to go. … It could be a fun fall.”

The Safeway Open will be broadcast on the Golf Channel all four days.