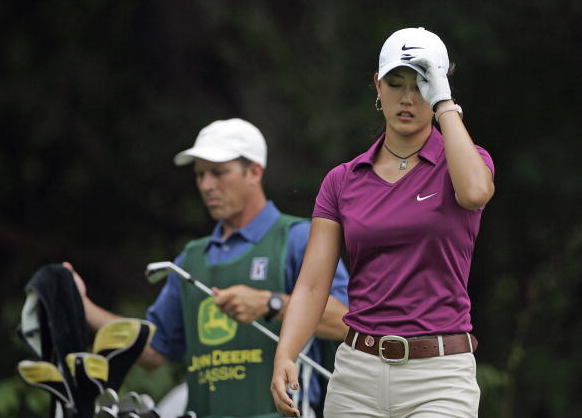 A consistent feature on the PGA Tour now, it hasn’t always been smooth sailing for the John Deere Classic. What began as a ‘satellite event’ in 1971, today serves as popular destination on the PGA Tour.

Here are 10 interesting facts you might want to know about the John Deere Classic.

The John Deere Classic was first played as the Quad-Cities Open in 1971, with Deane Beman winning the inaugural event. The PGA Tour officially sanctioned the 1972 event and Beman successfully defended his title.

The following year, Beman ended his playing career and succeeded Joe Dey as the PGA Tour commissioner. Over the years, the tournament has gone through a lot of trouble but Beman always held this event close to his heart, and did his best to support it during the tough times.

By 1975, the tournament was in big trouble. The tournament organizers couldn’t afford the $125,000 purse mandated by the PGA TOUR, and so a press conference was called to announce the end of the tournament.

Minutes before the press conference was about to begin, the Quad-Cities Council of Jaycees stepped in and saved the tournament. They also roped in Ed McMahon, emcee of the Johnny Carson’s Tonight Show, to become tournament host. From 1975 until 1979, the tournament was known as Ed McMahon-Jaycees Quad Cities Open.

In 1979, Sam Snead, 67 back then, set couple of tournament records at the John Deere Classic. By making the 36-hole cut he became the oldest golfer to make the cut at a PGA Tour event, a record he would better later that year.

A second round 67 and a final round 66, helped him become the first and only golfer to shoot his age or better on the PGA Tour.

It was only a matter of time before Tiger Woods would win his first professional event, and the 1996 John Deere Classic looked perfect for it. In his third tournament as a professional, Woods burst into the lead with a second round 64(-7) and held a one stroke advantage over Ed Fiori heading into the final round.

Woods’ quadruple-bogey on the fourth hole and a four-putt on the 8th, took him out of contention, but he rallied after that to finish tied for fifth place.

In 1997, after a year of negotiations, PGA Tour commissioner Tim Finchem and Deere & Company chairman and CEO Hans Becherer announced plans to build the Tournament Players Club Deere Run on the Friendship Farms property owned since 1928 by the ancestors of company-founder John Deere.

Deere & Company signed on as sponsors of the tournament and also became the official equipment supplier for the PGA TOUR’s TPC Network of private and resort clubs. TPC Deere Run was built by three-time tournament winner D.A. Weibring and would host its first John Deere Classic in 2000.

Every year the winner receives a unique trophy created by renowned sculptor and jewelery designer Malcolm DeMille. Commissioned by the Deere & Company, the title sponsors of the John Deere Classic, the trophy is a custom-made fine art sculpture cast and finished in bronze that depicts a chocolate brown-colored deer bounding across a fairway in front of an elevated green bordered by a stream.

The leaping deer has been a part of the company’s logo for more than 170 years.

Michelle Wie made headlines back in 2005 as a 15-year old, when she received a sponsor exemption to play at the John Deere Classic. Wie shot a 70(-1) in the first round and was 4-under for the tournament with four holes to play in the second round.

Wie bungled up a bit, made double bogey and bogey on consecutive holes and missed the cut by two strokes. She received another sponsor exemption in 2006, but withdrew in the second round due to heat exhaustion.

In 2010, Paul Goydos shot 59(-12) in the first round of the tournament. Part of the morning wave, Goydos hit 12 birdies and six pars, to join Al Geiberger, Chip Beck and David Duval as the only people to shoot a 59 on the PGA Tour. He eventually finished runners-up to Steve Stricker at the end of four rounds.

In 2013, as a 19 year-old rookie, Jordan Spieth won a five-hole playoff against Zach Johnson and David Hearn for his first PGA Tour title. In doing just the fourth teenager to win on the PGA Tour, after Johnny McDermott, Harry Cooper and Ralph Guldahl captured PGA Tour titles as teenagers, more than 80 years ago.

The tournament ranks among the top five in total charity giving on the PGA TOUR. The tournament is also a four-time recipient of the PGA Tour’s “Most Engaged Community” Award.