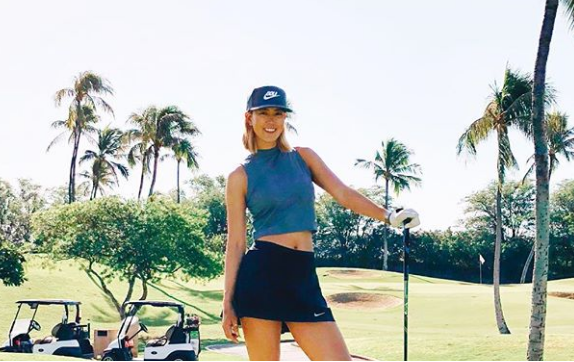 Last July, the LPGA introduced a stricter dress code policy which was criticized by some of its members, including Michelle Wie who called it “unfortunate.”

With the off-season in full swing, Wie took a jab at the LPGA, posting a photo of herself on the golf course dressed in Tour-banned attire, with a note: “Offseason = No dress code fines.”