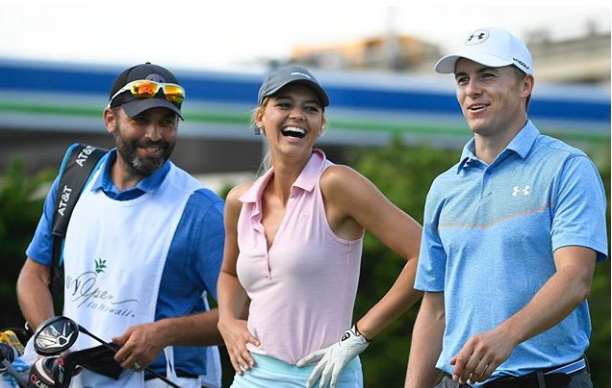 Usually any foursome including Jordan Spieth means shade for the other three. But yesterday, it was Spieth who played the supporting role as he was paired with actress and model Kelly Rohrbach.

The PGA Tour decided to tease the photo of the two stars, along with Michael Greller, using a sexual innuendo, sending the comments section into a frenzy.

Update: The PGA Tour has updated their caption.

Kcmarino59: “@pgatour nice job changing your caption/post … was getting a little raunchy