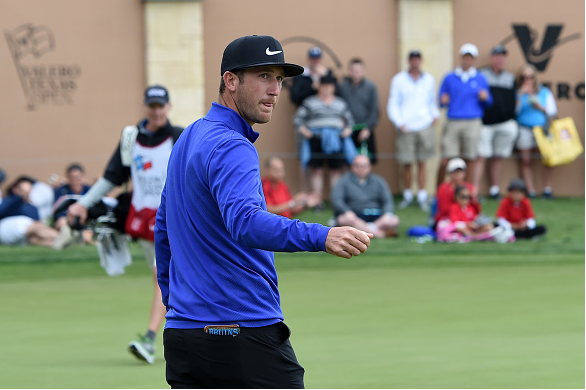 Kevin Chappell posted just a 1-under par 71 but it was good enough to move up a spot and into solo-first after 54 holes of the 2017 Valero Texas Open.

Chappell entered the third round one shot back of co-leaders Tony Finau and Bud Cauley, but both 36-hole leaders posted scores in the black on Saturday. Others near the top also struggled, or at least survived, on a windy day at TPC San Antonio.

Moral of the story? Never, ever give up. Golf is a strange game.

The odds were against him, but These Guys Are Good.

Bud Cauley caught a tough break when he double hit his short chip shot out of the rough on the par-4 12th. But Cauley recovered nicely and was able to roll in a 13-foot putt to save bogey (after the one-stroke penalty).

Here’s a first look at the leaderboard.