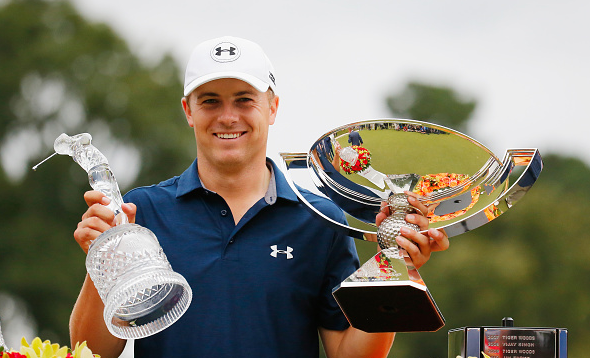 The Tour Championship by Coca Cola has been a limited field event since its inception and has served as the finale of the PGA Tour season. It has also served as the conclusion of the FedEx Cup since 2007.

There’s plenty at stake this week in Atlanta.

Here are 6 Things to Know about the Tour Championship.

The Tour Championship dates back to 1987 when it was known as the Nabisco Championship and was played at the Oak Hills Country Club, in San Antonio, Texas.

The inaugural edition was won by Tom Watson, where he edged out a two stroke victory over Chip Beck.

The East Lake Golf Club first served as the host of the Tour Championship in 1998, and since 2004 has served as the permanent host for the season ending tournament.

The East Lake Golf Club is the oldest golf club in Atlanta and was established in 1904. East Lake served as the home course for the legendary golfer Bobby Jones and much of its clubhouse serves as a tribute to his accomplishments.

Coca-Cola has been the title holder of the Tour Championship since 2002 and played an instrumental part in making the East Lake Golf Club the permanent home for the event.

Coca Cola was started in Atlanta in 1886, and it’s no surprise that they would want the event to be played in their backyard. Earlier this year, FedEx Cup defending champion signed a multi-year partnership deal with Coca Cola.

It’s always been a little difficult to calculate how much is exactly at stake at the Tour Championship, but to the ones wanting to know, it is $43,500,000.

On top of that, there’s a Ryder Cup spot available.

5. Tiger Woods and his Records

Tiger hasn’t owned East Lake like he has other venues, such as Bay Hill or Doral, but he is the most accomplished golfer when it comes to the season-ender.

Woods holds a bunch of records here, including the Lowest Scoring Average, Lowest Winning Total and the Highest Earnings.

The PGA Tour has no doubt received a lot of flack from fans and players alike for having a brutal Par-3 as the finishing hole, lacking drama.

For the first time this year, the Tour has decided to reverse the nines and instead finish on the reachable Par-5.