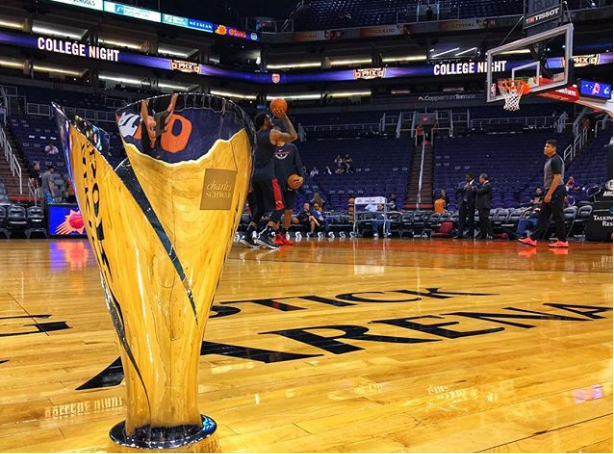 Not sure how many NBA fans, or even passive golf fans, really care about the Charles Schwab Cup. As far as recognizable trophies go, I’m guessing the Schwab Cup is totally off the radar.

But as is the case with everything these days – like having a press conference to announce a Ryder Cup venue 15 years from now – content is content.

So as part of a marketing effort for the senior tour’s finale at Phoenix Country Club, the spiffed-up trophy was court-side at last night’s NBA game between the Phoenix Suns and Miami Heat.

After posing for photos on the shiny hardwood, the trophy took its seat in front of Miguel Angel Jimenez, and his son.