Justin Thomas has withdrawn from the PGA Championship citing a issue with his wrist that he injured back in March at The Honda Classic.

Thomas wrote to Twitter:
“Unfortunately I will be withdrawing from the 101st PGA Championship at Bethpage Black this week as my wrist is not yet fully healed. Obviously as a past champion, this tournament is extra special to me. It consistently has the strongest field in golf and I’m disappointed to not be among those competing this year but I’m optimistic about a return in the near future.” 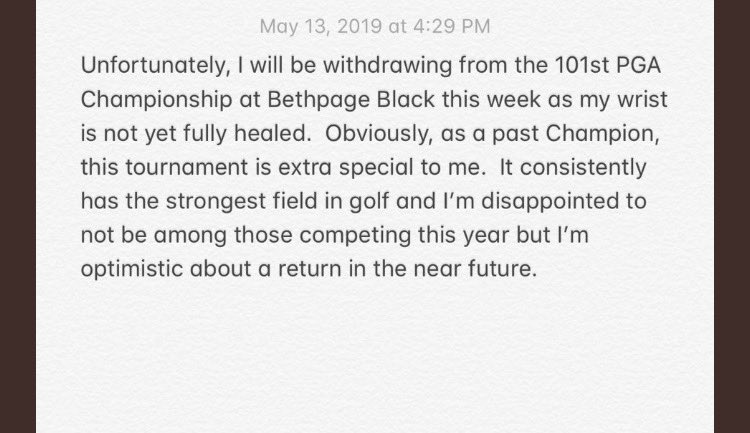 Thomas, the 2017 PGA Champion – who holds a world ranking of No. 5, was considered one of the top-betting favorites entering the week, and would have been paired with Sergio Garcia and Adam Scott in one of the PGA’s featured groups.

According to writer Ron Mintz on Twitter, Kelly Kraft, as the first alternate, will take Thomas’ spot in the field this week.