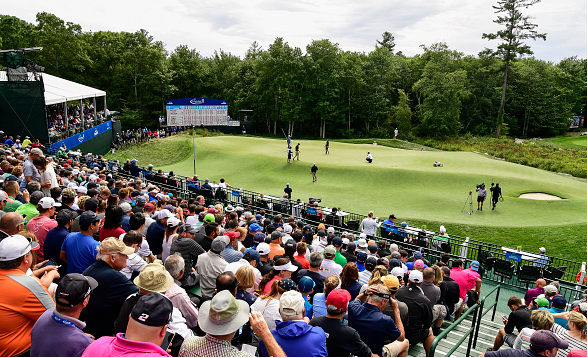 The second of four FedExCup Playoffs events, which invites the top 100 players in the FedExCup standings and typically includes the likes of Jason Day, Jordan Spieth, Dustin Johnson and Rory McIlroy, will be held Sept. 1-4 at TPC Boston, with its traditional Monday Labor Day finish.

“We are excited to continue to showcase the best players the PGA TOUR has to offer here at TPC Boston,” said Executive Director Rich Brady. “This championship has become a staple in the Boston community over the past 14 years, and we look forward to continuing that tradition in 2017.”

The Dell Technologies Championship was originally introduced in 2003 as the PGA TOUR returned to the Boston market for the first time since the last New England Classic was held in 1998. With the introduction of the FedExCup in 2007, the tournament was elevated to its current position as the second FedExCup Playoffs event.

Last year, Rory McIlroy shot a final-round 65 to overcome a six-stroke deficit to win his second Dell Technologies Championship (2012). The Northern Irishman went on to win the TOUR Championship three weeks later in a four-hole sudden-death playoff, and subsequently the FedExCup.