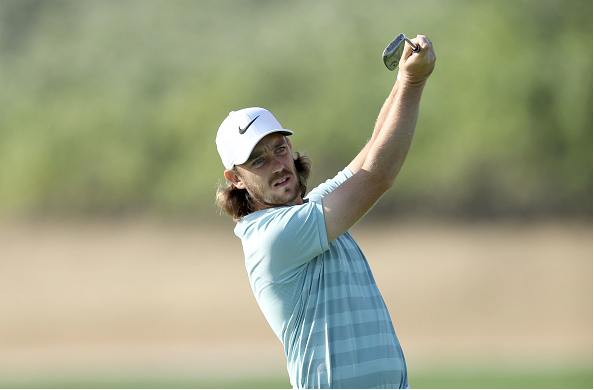 Tommy Fleetwood got off to a strong start in his defense of the Abu Dhabi HSBC Championship, posting a bogey-free 66 to share the opening-round lead with Japan’s Hideto Tanigara at 6-under par. 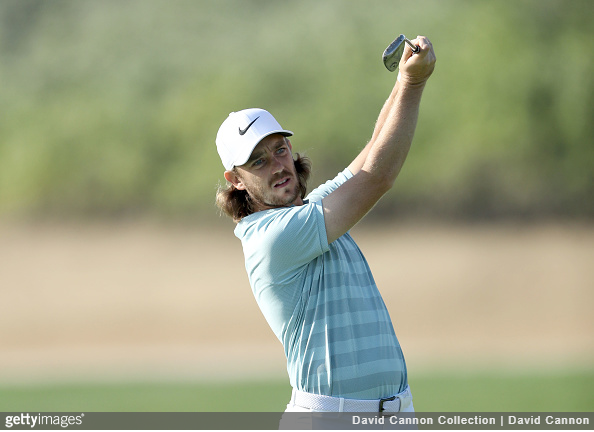 The 26-year old Englishman, who was paired with Dustin Johnson and Rory McIlroy in one of the day’s marquee threesomes, finished his flawless round at Abu Dhabi Golf Club with six birdies, including two on the last four holes to match Tanigara’s low-round 66.

“Very stress-free. Played really well from start to finish. Felt like I did what you need to do well around this golf course, which is drive it well, hit your irons, but you can’t really be too greedy all the time, said Fleetwood, who hit all 18 greens in regulation.

“My pace putting was really good. Just basically did what you need to do to get a good score around the golf course. 18 greens, doesn’t happen very often so nice to do it around here. All in all, very good morning.”

Scotland’s Richie Ramsay got in the clubhouse at 4 under, alongside compatriot Stephen Gallacher and Finn Mikko Ilonen. The trio were later joined by a group of six more players, headlined by England’s Matt Fitzpatrick.

McIlroy, who began the day on the back nine with Fleetwood and Johnson, got off to a pedestrian start and turned at even-par 36. But three birdies on his inward nine, highlighted by two-straight on Nos. 7 and 8 (his 16th and 17th), got the Northern Ireland star to 3 under. 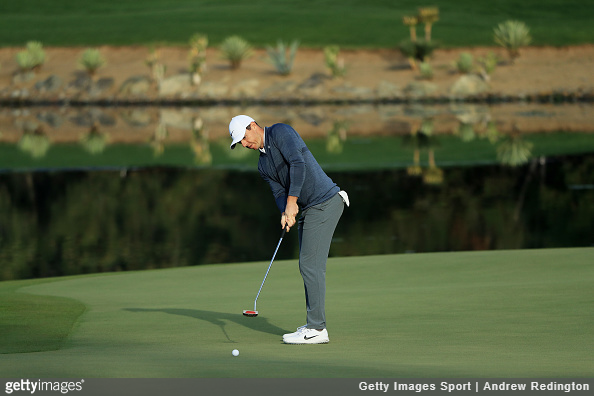 “Really pleased, actually. I played very solid. I think only missed one or two greens, so gave myself plenty of chances,” said McIlroy. “Drove the ball well. Iron play was pretty good. So just need to keep doing that over the next three days and I should have a chance.”

England’s Justin Rose, another headliner in the UAE desert, posted a 1-under 71, and sits five back at T55. World No. 1 Johnson, meanwhile, mixed four birdies with four bogeys en route to an even-par 72.

Henrik Stenson, on the par-four 16th hole, chips it in for a birdie from a tight lie.

“I knew I had hit a lot and walking down 9, I wondered if I missed a green. There’s a couple of shots, really, 7, the par 3, widest green in the world, so that was kind of a missed green, when I hit it to about 200 foot.

But yeah, just a good day and like I said, felt like I drove it really well. Starting lines were really good. Generally I try not to short-side myself a lot, so if got start lines going all right, generally going to be okay.”
– Tommy Fleetwood, on hitting all 18 greens in regulation