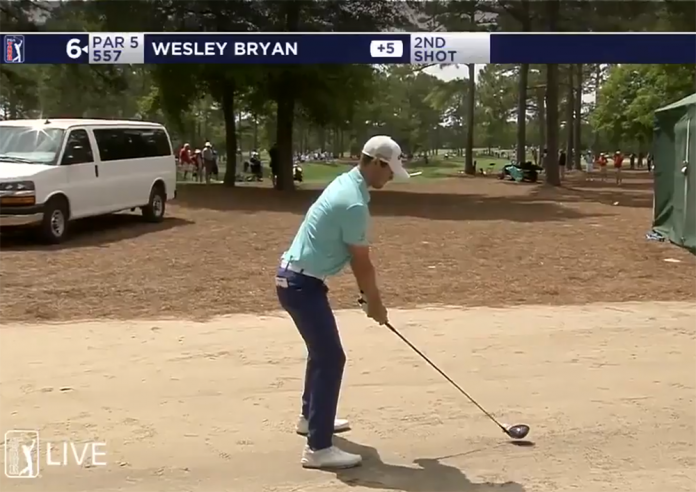 Wesley Bryan pulled somewhat of a Phil Mickelson during the third round of the Wells Fargo Championship – although he’s a former trick shot artist, so this shouldn’t surprise anyone.

Similar to what Phil did on the par-5 18th, Bryan’s golf ball never touches the fairway on the par-5 6th, yet one-putts for birdie.

Shot 1: Bryan sprays his tee shot, into the tree area on the right.
Shot 2: He then flies a DRIVER off the (dirt) deck, across the fairway, and into another tree area on the left side.
Shot 3: His 3rd shot, from the mulch, lands about 4 feet from the hole.
Shot 4: Bryan then makes his ho-hum birdie.

As the announcer says, “That should be an illegal four, but it was a four.”