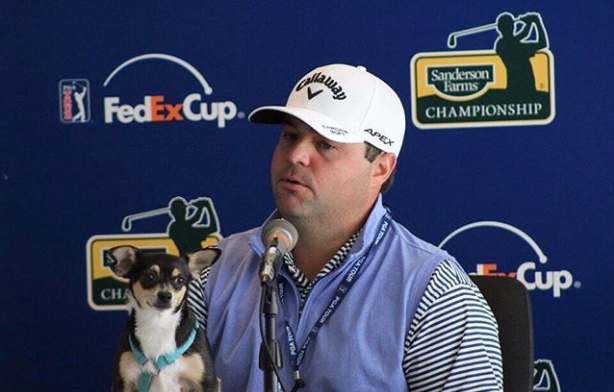 The 2017 edition of the Sanderson Farms Championship gets underway tomorrow in Jackson, Mississippi.

Here’s a look at some behind-the-scenes photos from the Country Club of Jackson, as the tournament celebrates 50 years of championship golf.

PREPPING FOR THE FANS

The prep starts with construction of some hospitality tents alongside the green.

All military veterans are offered free admission, and invited to hang out at the Military Outpost on the 10th green.

HEN’S ON THE TEE

The famous tee boxes are primed, painted, and ready for another championship.

The Rooster Trophy is waiting to be raised.

A nice morning round of golf in Jackson, Mississippi.

Mississippi native Jonathan Randolph brought along his canine Yodi to the press room.