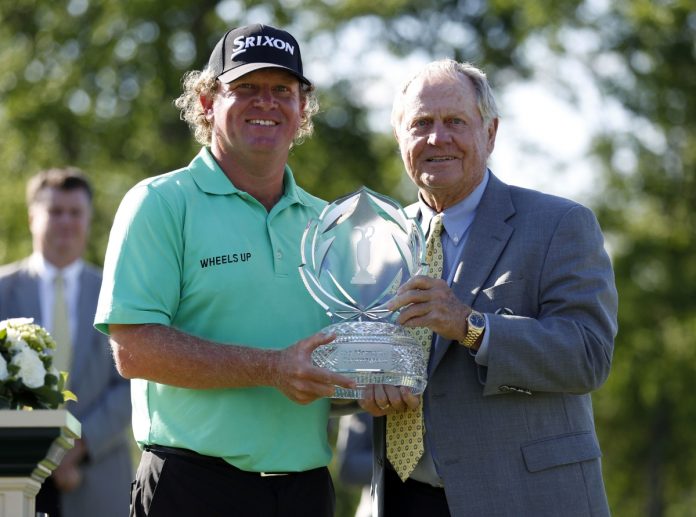 Miguel Angel Jimenez shot a second-round 4-under 68 and will head into Sunday’s finale of the Invesco QQQ Championship holding a one-shot lead.

The 54-year old Spaniard finished his second day at Sherwood Country Club with just one bogey offset by five birdies, highlighted by a final-hole gain to reach 8-under par.

“A lot of chances for birdie there on the back nine… only 1 under par for the front nine, post 4-under. I feel like I left a couple out there, yeah, but that’s the game.”

Stephen Ames posted a low-round 65 to move into second-place alongside Michael Bradley (69) and Scott Parel (70). The T2 trio were at 7-under par 137.

Overnight leader Tom Byrum posted an even-par 72 and was T5 with David McKenize at 6 under par, one clear of defending champ Bernhard Langer who carded a day-two 71. The German star was tied with David Tom (67) and Paul Goydos (69) at 5 under.

Second Round: The Top 5