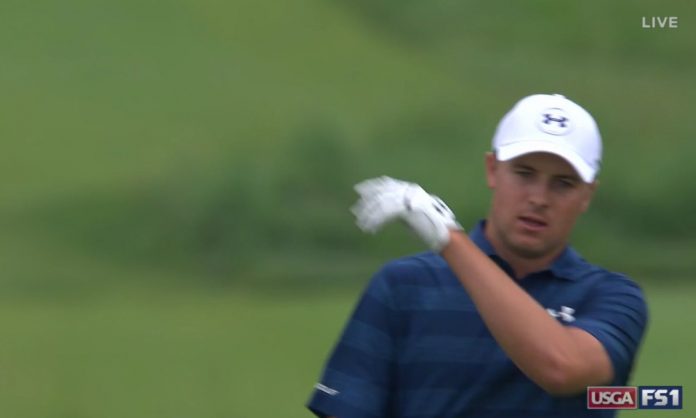 During round one of the U.S. Open, Jason Spieth hit what seemed like a nice tee shot on 17. The ball landed on the green but then rolled into the bunker.