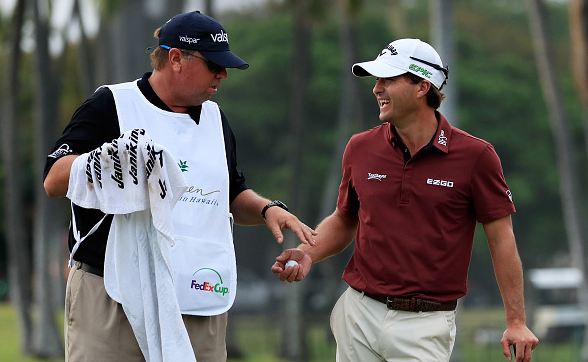 In the NFL, it is not unusual for a quarterback to shell out big money to buy a gift for his offensive linemen when the season ends, a reward for a season of protection from ferocious hits by lightning-quick 250+ pound defenders.

Kevin Kisner, winner of the recent Dean & DeLuca Invitational brought the same concept to his relationship with his caddy, rewarding the man who carries his bag with a brand new truck.

8 years, 2 wins, 6 2nd place finishes. Finally gets something for putting up with me! @duanebock pic.twitter.com/VlluDkw2CK

He deserves more than that for putting up with you

“He deserves more than that for putting up with you.”
-Justin Thomas to Kevin Kisner on Twitter