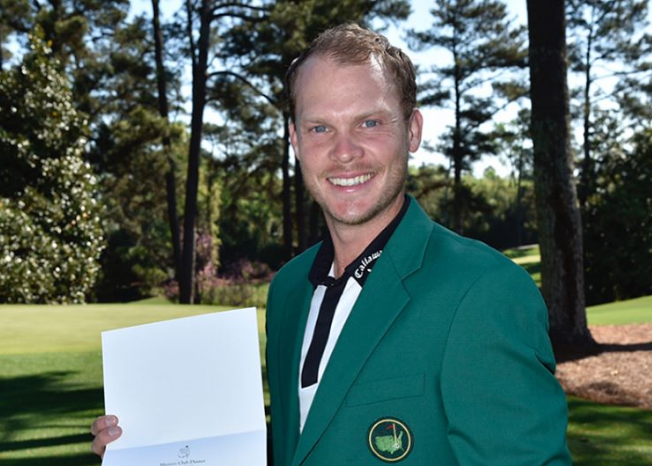 Just two days, and counting, until Jack Nicklaus, Gary Player and Tom Watson hit the ceremonial tee shots to launch the 81st edition of the Masters.

As we explained yesterday, we’ll be setting up a post that will act as a diary of sorts to capture and record the best Masters-related content of the day.

Here’s our Masters Tuesday Capsule. (Most recent updates appear at the top.)

The grounds crews work on the 10th hole bunker prior to Tuesday’s practice round.

Even empty seats at the 16th hole look nice.

This is a photo at Augusta National listing the former Masters champions who will not be teeing it up this week.

This is an interesting outfit worn by defending champ Danny Willett.

The Boys In Blue

I’m getting the 2 o’clock munchies…

These can wait until tonight…

One of the things that makes The Masters so epic is the beauty of the course, and all the scenery. This thread will update with some of the best photos we find on Instagram.

This pic from Golf.com makes me just want to stop working and watch the replay of CBS’s broadcast of the epic Jack Nicklaus comeback at the 1986 Masters.

Pictures of empty seats is a hot take… Get your seat and watch history get made.

Phil being Phil at Augusta National…

Speaking of Phil, here’s the 3-time champ with rookie Jon Rahm, who many predict will capture multiple Green Jackets over the next couple of decades.

It’s Tuesday, and with it comes the tradition of former Masters champions arriving on the grounds of Augusta National to bask in all the glory, and enjoy the Champions dinner.

Welcome to Tuesday at #themasters

30 years ago, this is what the champion’s dinner of Jack Nicklaus looked like. As they say, everything was big in the 80’s, including the dinner.

30 years since I last hosted the Champions Dinner at @themasters. I look forward to reconnecting with champions, old and young, this evening at one of the great gatherings in golf. #championsdinner #themasters #augustanational

One champion we’ll miss greatly is the King! (Pro tip: It’s a slideshow, click away.)

One champion who will be teeing it up this week, and enjoying tonight’s dinner, is the 2013 champ, Adam Scott.

As will the timeless, and two-time champion, Bernhard Langer…