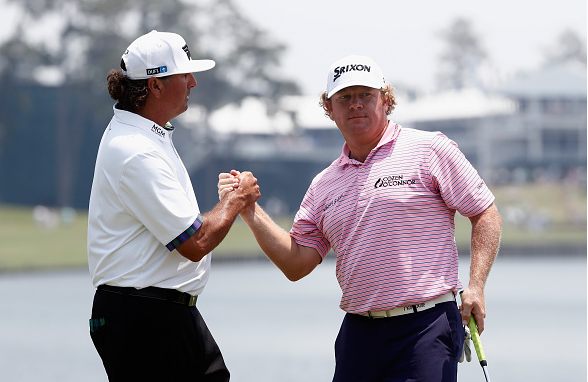 William McGirt and Mackenzie Hughes are tied atop the PLAYERS Championship leaderboard after posting 5-under 67s in the opening-round at TPC Sawgrass.

Four players are tied at 4-under, including rising stars Alex Noren and Jon Rahm. Another young star, Daniel Berger, headlines a group of 12 players tied for 7th at 3-under-par.

Jason Day and Rickie Fowler, the two most recent winners of the PLAYERS, each posted 2-under 70s, and are in the hunt, just three shots back. World No. 1 Dustin Johnson posted a pedestrian 1-under 71, but is only 4 back.

Reigning Masters champ, Sergio Garcia provided the highlight of the day with an ace on the iconic 17th hole, which moved him to 1-over.

On the opposite end of the spectrum, Adam Scott arrived on No. 17’s tee at 6-under, and the outright leader. The Aussie then proceeded to post two double bogeys on the final two holes, to plummet to 2-under.