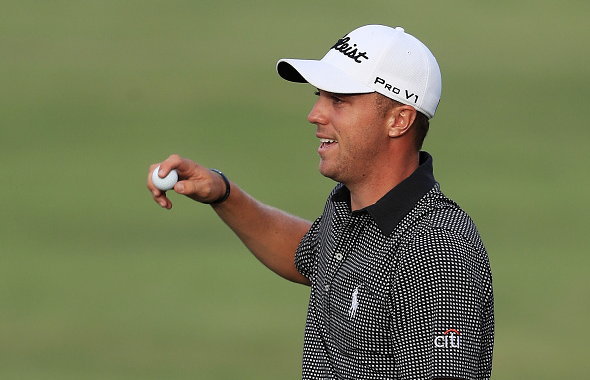 A new weekly feature we’ll be publishing this season is a look at the money leaders on the PGA Tour.

So as we head into the 10th week of the 2016-17 season, with the playing of the Farmer’s Insurance Open, it’s no surprise to see Justin Thomas’s name atop the list. The 23-year-old rising star has won an amazing three times already (in just 5 starts) and has deposited over $3.8M in cash to date.

Only Two Over $2M

In fact, only Thomas and Hideki Matsuyama ($3.12M) have cleared the $2M mark so far.

Rounding out the top-3 is Pat Perez, who has pocketed a cool $1,873,685 – thanks largely to his win at the OHL Classic in early November.

In all, there are 10 players who have made over $1M this season, which includes all the winners to date, along with Russell Knox and Gary Woodland.

But you’d be wrong. In fact the leader in this category has not even won a title yet.

One final nugget which stood out was the fact that both Stenson and Justin Rose sit inside the top-25, despite each only playing one event – Stenson (T2, WGC-HSBC), Rose (2nd, Sony Open).

The major champions also finished 1-2 (in reverse, respectively) at the 2016 Olympics so it shouldn’t come as a huge surprise that both are off to strong starts in 2017.