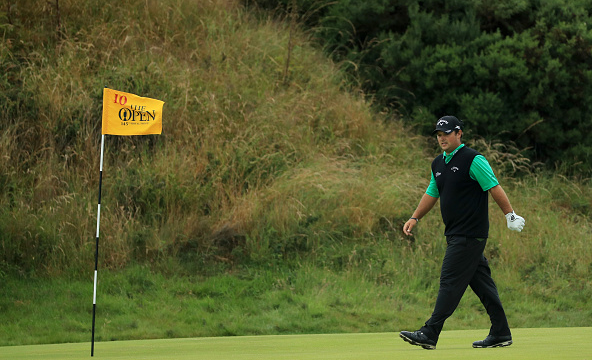 Despite just 11 European Tour starts – three if you exclude co-sanctioned PGA Tour events, Patrick Reed has moved into the Race to Dubai’s Top 10.

After posting a first-round 65 and into the lead at the DP World Tour Championship, the 28-year old American star is ranked No. 8.

Reed is ahead of Euro Tour stalwarts, and Rolex Series winners, such as Alex Noren and Branden Grace.

Reed, who has played just three pure European Tour events, secured most of his Race to Dubai points at the PGA Championship (T2) and U.S. Open (T19). He also grabbed another nearly 200,000 with four starts in the World Golf Championships.

*Co-sanctioned by PGA Tour, and played as a member of the PGA Tour.