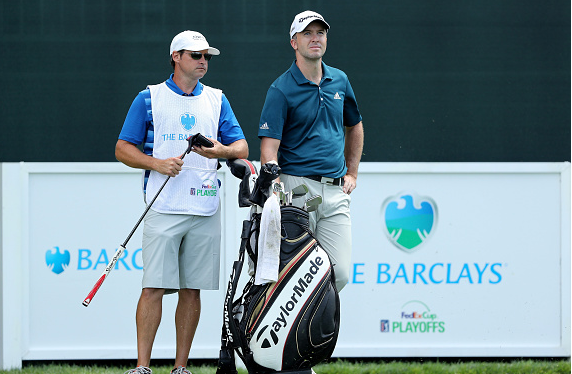 At Bethpage Black, one of the most intimidating courses on tour, three golfers: Patrick Reed, Rickie Fowler, and J.B. Holmes have come out with their play and said “I want a Ryder Cup spot”. This is the last week of automatic qualifying for the U.S. side, and so far, it is the sidestory to the FedEx Cup playoffs that has rejected its ancillary role this week.

After round one of the FedEx Cup playoffs, Reed and Scotland’s Martin Laird are co-leaders, one stroke ahead of Fowler, Holmes, Kevin Chappell, and Emiliano Grillo.

J.B. Holmes, apparently motivated by a potential Ryder Cup spot, broke out of his recent funk with a four-under 67. Since his solo-third place finish at The Open Championship, Holmes has missed the cut in all three tournaments he has played, which dropped him from 7th to 9th in the Ruder Cup standings, a very significant drop with only the top 8 qualifying automatically.

Justin Rose might be experiencing an Olympic hangover. The Gold Medal winner at the Olympics in Rio bogeyed three holes in a row on the back nine and posted a disappointing two-over 73. Brooks Koepka is secure for both a Ryder Cup spot and the top 100, but a two-over 73 was not what he had in mind for his first round. Defending FedEx Cup champion Jordan Spieth, was one of the back nine’s higher profile victims, going out in +2 and finishing even par for the day.

Si Woo Kim, who was dominant in his victory at the Wyndham Championship last week, struggled with consistency today, with four birdies, five bogeys, and a double bogey. At +3 74, Kim hoped to follow up his breakthrough victory much better.

Shane Lowry knew it was a gamble to sit out The Barclays in favor of the European Tour’s Made In Denmark, but right now, it is looking awful. Hoping to make an impression on European Ryder Cup captain Darren Clarke, Lowry shot +4 and sits in a tie for 131st place.

Meanwhile, Lowry came into the week 87th on the FedEx Cup standings, and is currently projected to finish 105th, with the top 100 moving on to round two of the playoffs in Boston. He will need a lot of help to survive the week.

“I’m obviously very happy with the no bogeys part, I played really nicely on the front nine, it was downwind, there were some par-5s that were downwind and gettable, and I took advantage of the easier holes out here. That back nine is brutal, I played very nicely on the back to shoot one-under. A couple of nine up-and-downs for par, and then made a birdie on 16, so I’m obviously very happy with my score.”
–Martin Laird, first round co-leader.