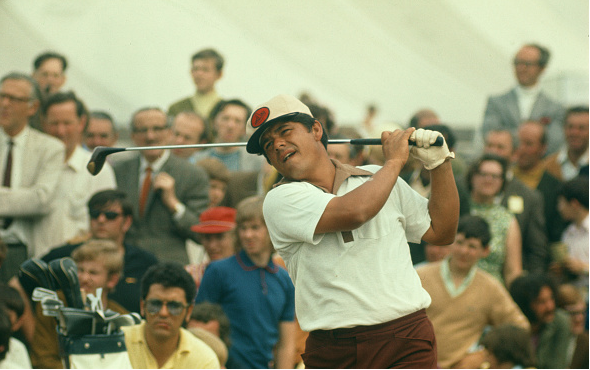 If a championship golf course is judged by the winners it produces, Royal Birkdale holds its own against anyone.

Though a relative newcomer to the Open Championship rota in 1954 – only Turnberry has made a later debut – Birkdale’s list of champions features such Hall of Famers as Arnold Palmer, Lee Trevino, Johnny Miller and Tom Watson.

Only Muirfield can lay claim to a deeper top-to-bottom lineup, and that venue had a six-decade head start on the Southport links.

“I rate Birkdale as a great golf course,” said Nick Faldo, a three-time Open champ who threatened there in the 1983 edition until a back-nine fade. “Flatter fairways, but demanding to hit. It’s a real driver test; a real solid drive/second shot test… You’ve got to play really good, solid golf that week on that golf course.”

Largely because of those flatter fairways, Royal Birkdale is considered by many to be the fairest course in the Open rota. And it seems the prime candidate to end the game’s current run of seven consecutive first-time major winners – eight of the past nine, if you consider Jordan Spieth taking the Masters and U.S. Open back-to-back two years ago.

Of the Birkdale Opens, only Peter Thomson (1954) and Ian Baker-Finch (1991) made it their first major title.

“One of the problems in some majors is if you get the course too tricky or too tough. A lot of times it blows the top players out of it,” Miller continued. “Birkdale just seems to be the right amount of test that allows the top players to hang in there if they’re playing good golf.”

Though Royal Birkdale’s front nine measures just 3,416 yards, making it the shortest among Open venues, it boasts a pair of dogleg par-4s considered among the toughest at any Open. Both No.1 and No.6 require a tight squeeze off the tee.

The last time the Open came to Royal Birkdale, Padraig Harrington’s victorious closing 69 was one shot off the best round of the final day. He also was one of two men, along with Ernie Els, to break 70 twice during the week, finishing at 3-over 283, four shots clear of runner-up Ian Poulter (+7).

Just 21 rounds in the 60s were recorded that week, compared to 39 rounds in the 80s. The first three rounds were played in heavy rain and/or high winds – not unlike the forecast for Southport this week.

Past Open Winners at Royal Birkdale

In 1954, Peter Thomson captured the first of his five Open titles, essentially clinching the jug with a blast from the steep slope of a bunker at No.16. From an awkward stance and with his eyes closed, Thomson thumped the ball high and watched it stick inches from the flagstick for par.

“That won it for me, no doubt,” he said. Though a closing bogey opened the door for Bobby Locke, his birdie try came up short.

Arnold Palmer’s victory in 1961 helped bring the Open back to American consciousness, holding off Dai Rees by a stroke. Palmer’s performance included five birdies in the first six holes of his second round, coming in the teeth of a gale.

Storms also pushed back the final two rounds, before Palmer moved to the front with a third-round 69 that including a dazzling 6-iron from behind a bush at No.16. The club later put a plaque there to commemorate the shot.

Thomson bookended his five Open victories back at Royal Birkdale in 1965, conquering a field that included Palmer and Jack Nicklaus. A third-round 72 in heavy rains propelled the Aussie to the front, and he held off a late charge from defending champion Tony Lema.

Thomson birdied the par-5 17th and found the heart of the green at No.18, while Lema’s final approach went into a bunker for double bogey.

In 1971, Lee Trevino became the last man to score the “Triple Crown” of the U.S., Canadian and British Opens, holding at least a share of the lead after all four rounds. Trevino stood alone after a third-round 69, building his lead to five after a front-nine 31 in the final round.

But Taiwan’s Liang Huan Lu birdied twice to close the gap, and Trevino’s double bogey at No.17 cut the margin to one. Both birdied No.18, though Lu’s came after conking a female spectator in the head.

At the 1976 Open Championship, Johnny Miller’s closing 66 took him from two shots behind the teenage Seve Ballesteros to a six-shot romp. Ballesteros was wild with his driver, taking double bogey at No.6 and triple bogey at the 11th, while Miller used 1-iron off the tee a dozen times to find the fairway.

Miller played his final seven holes in 5-under par, though Ballesteros produced some closing flair with by threading a pitch shot through bunkers at No.18 for a dramatic par.

Tom Watson won the last of his five Open titles in 1983, overcoming Nick Faldo’s early charge on the final day to regain control on Birkdale’s back nine. Birdies at Nos. 11, 13 and 16 put Watson back in front, needing only a par at the last to lock up the jug.

Facing 218 yards to the flag, Watson striped a 2-iron that settled 20 feet from its destination. “I’ll take that shot to the grave,” he said later. Hale Irwin tied for second, lamenting a whiffed 2-inch putt in his third round.

In 1991, Ian Baker-Finch matched the best weekend in Open history with rounds of 64-66, separating himself from Mark O’Meara on the final day with five birdies in his first seven holes. A front-nine 29 gave him enough cushion to withstand a late charge from fellow Aussie Mike Harwood, winning by two.

Richard Boxall was three off the pace in Round 3 when he broke his leg teeing off at No.9, leaving the course on a stretcher.

O’Meara got his due when the Open returned to Royal Birkdale in 1998, beating Brian Watts in a playoff to become the oldest man to win two majors in the same year. The 41-year-old Masters champ rallied from two shots back on the final day, narrowly avoiding a lost-ball penalty when he found an errant shot at No.6 with seconds to spare.

An opening birdie in the four-hole playoff was all O’Meara needed, clinching the jug with three ensuing pars.

Days after a sore wrist almost kept him from going to the first tee, Padraig Harrington prevailed in high winds to become the first European in 102 years to win successive claret jugs. The script nearly belonged to 53-year-old Greg Norman, though, holding the 54-hole lead despite not playing a major in three years.

Norman still led by one with nine holes left, but staggered home to a 77. Harrington carded a 69, punctuating a four-shot victory with an eagle at No.17 to take the 2008 Open Championship.