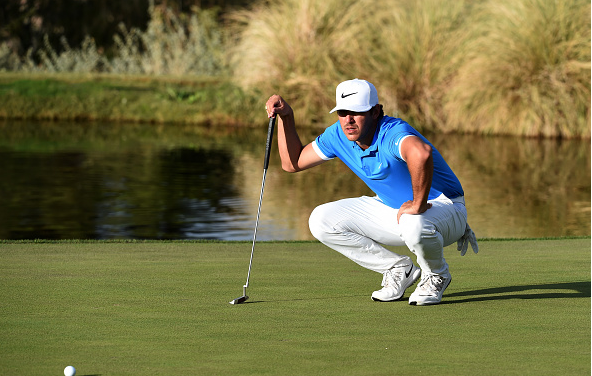 The Shriners Open is officially in the books for 2016. Rod Pampling captured his first PGA Tour title in over 10 years with a final score of 20-under par.

For his win, Pampling walks away with 500 FedEx Cup points, and over $1 million dollars in prize money. He also scores an invite to Kapalua in January for the Tournament of Champions event. Here’s a roundup of the best shots (and more) of the week at TPC Summerlin.

Best Tee Shot of the Week

Cameron Smith drives one on the 15th hole in round 3. It inches from the hole.

Kyle Stanley chips in for birdie on the 13th hole.

Their short games are for real.

Kyle Stanley moves to 7 under with his third birdie of the day. https://t.co/4oFKGja2iA

Brooks Koepka long bombs it for an eagle on the 16th in the second round.

Pin Seeker of the Week

Morgan Hoffman nearly holes it on the 17th hole.

Best Swing of the Week

Best drive of the day.https://t.co/7JU1ieYaNd

Best Read of the Week

Luke List with a wild putt for eagle on the 15th hole.

He makes the third eagle of the day at the 15th hole.#QuickHits https://t.co/LaLJBCXW3I

Most Painful Shot of the Week

Derek Fathauer loses out on an ace as his ball bounces off the stick on the 9th hole.

Best Backdoor of the Week

Jason Bohn with a chip shot on the 9th hole that finds the back door.

It's not often you see the ball fall in on the far side of the hole…#QuickHits https://t.co/Ta5rqBOOZ4

Best Scorecard of the Week

Rod Pampling with a record-tying 60 in the opening round at TPC Summerlin.

Not a bad way to start a tournament. pic.twitter.com/vl199MboRJ