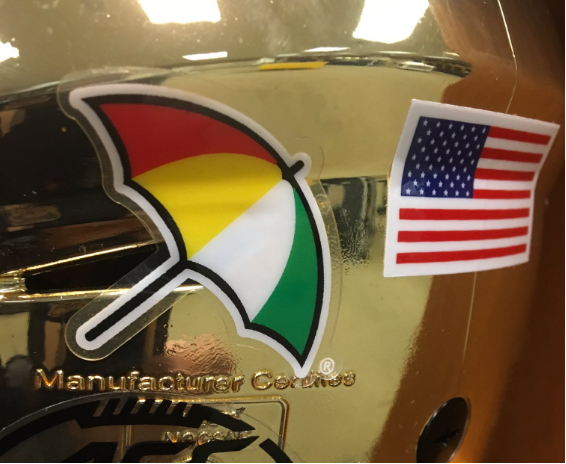 Wake Forest released a statement this week in which they described the ways the school would be honoring one of their most celebrated alums. The primary remembrance will be done by painting Arnold Palmer’s signature umbrella on the fields and courts of Wake Forest’s athletic venues.

Another form of honoring The King will be through the placement of a logo sticker on the football team’s helmets.

Well, here’s a sneak peek of the famous Bay Hill logo adorned on the bright gold Deamon Deacons helmet, right alongside the American flag – which Arnold loved so much. Very classy touch, also, by the equipment staff to remember him as “our own Arnold Palmer.”

Tonight we will be wearing the umbrella in remembrance of our own Arnold Palmer pic.twitter.com/wWF7SoQ650

Wake Forest will host Syracuse tonight at 7 PM. The game will be broadcast on FSN South, and online.