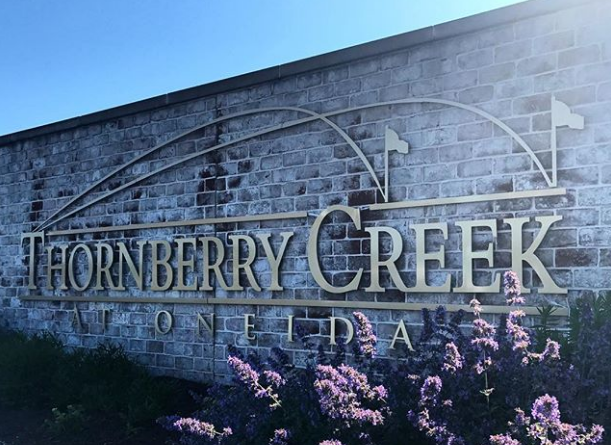 The first edition of the Thornberry Creek LPGA Classic will be held on the Oneida Reservation which is located in the Greater Green Bay, Wisconsin area. In fact it is the official golf course of the Green Bay Packers.

This week’s Thornberry Creek LPGA Classic is the eighth tournament of the Tour’s uninterrupted 12 week summer stretch, and falls between two two major championships. It also marks the 18th tournament of what has been one of the most exciting LPGA Tour seasons in recent memory, with 16 different tournament winners, and three changes to the Rolex Rankings.

The field of 144 LPGA Tour players will be headlined by World No. 2 Ariya Jutanugarn, a six-time Tour winner and the 2016 Rolex Player of the Year. She is one of 12 major champions in the Greater Green Bay field including:

Touring the Oneida Nation at the @thornberrycreeklpga and ran into some buffalo!

The second new event is scheduled in just three weeks at the Aberdeen Asset Management Ladies Scottish Open – a tuneup before the Ricoh Women’s British Open, which caps off the LPGA’s 12 week summer stretch.

At the start of the LPGA’s fall season, in September, the Tour stops in Indianapolis, Indiana at the Indy Women in Tech (IWIT) Championship Presented by Guggenheim, on the Pete Dye-designed Brickyard Crossing Golf Course that weaves through the famed Indianapolis Motor Speedway.

"The last two weeks I feel like my game is in a good place and I have great momentum." @BrookeHenderson @thornberrylpga pic.twitter.com/xsh4HGVdVx

But as of late, the former youth hockey goalie, is back in fine form.

In her last three Tour starts, Henderson hasn’t finished outside the top-11. First, she captured her fourth career LPGA victory at the Meijer LPGA Classic for Simply Give and followed that up with a runner-up finish at last week’s KPMG Women’s PGA Championship, falling one shot shy of winner Danielle Kang.

Storyline 3: Thornberry is Lap 18 of Race to CME Globe

This week’s event in the Green Bay area marks the 18th tournament in the LPGA’s season-long Race to CME Globe.

Number 1 spot "not that important" to Ariya @jutanugarn

In 2017, the Race to the CME Globe reset points will be modified slightly. As a result of these modifications: