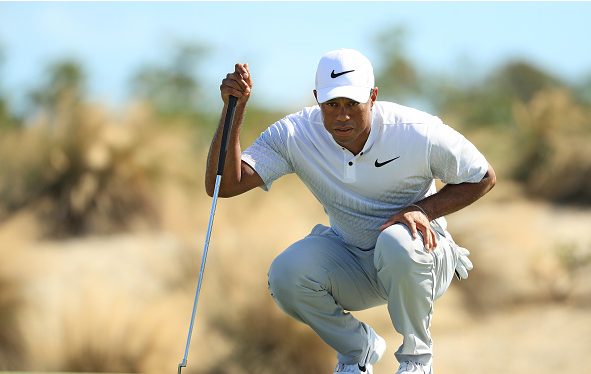 The rumors have been swirling for weeks, but on Thursday Tiger Woods made it official. The 14-time major winner will begin his 2018 season in Southern California.

Woods will tee it up first at Torrey Pines in La Jolla, Calif. for the Farmers Insurance Open (Jan. 25-28). His second start will be three weeks later in Los Angeles for the Genesis Open at Riviera Country Club (Feb. 15-18).

“Excited to start my season off in SoCal,” tweeted Woods, who was born and raised in California.

Woods played in the Farmers Insurance Open last year, where he missed the cut. It was his only PGA Tour start of 2017. He is the tournament’s all-time leading money winner, with $6,856,015.

Torrey Pines is also the site of one of his most dramatic victories: the 2008 U.S. Open.

“Tiger shares a rich history with Torrey Pines Golf Course, and with The Farmers Insurance Open, in particular. We are excited to have him join our field once again, alongside some of the game’s greats,” said The Century Club of San Diego CEO, Peter Ripa. “His legacy already cemented, we look forward to, together with our fans, watching as Tiger writes the latest chapter of his storied career.”

Woods made his PGA Tour debut as an amateur at Riviera in 1992, then called the Nissan Los Angeles Open.

“I’m very excited to be back at Riviera,” Woods said. “I haven’t played at Riviera in a tournament in a very long time. To be able to play in an event that I used to come to as an amateur, as a junior and now as the tournament host, that is on one of the most historic sites in all of golf, it’s a dream come true.”