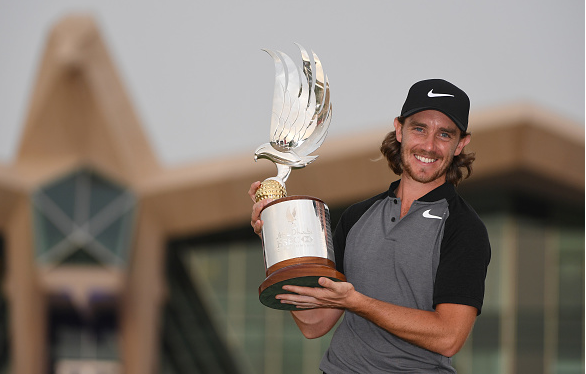 Tommy Fleetwood picked up his second career European Tour title at the Abu Dhabi HSBC Championship (and his first in over three years) by posting a 17-under par – a single-stroke better than Dustin Johnson and Pablo Larrazabal, who finished in a tie for second at 16-under.

The 26-year-old entered the final round a shot behind Tyrrell Hatton, but a strong finish of 31 over the final nine, highlighted by a chip-in eagle on 10, helped seal the win for the Englishman.

“I thought maybe the second win would come sooner to be honest,” he said. “It’s been a massive comeback.”