On his new social media site, Truth Social, former President Donald Trump posted a congratulatory ‘truth” to PGA Tour players for getting a raise after the successful launch of the LIV Golf tour.

Trump wrote, “So INTERESTING to see the PGA Tour finally start to treat its players fairly now that the LIV Tour has opened to such a big BANG!”

He also took a shot at the salaries of PGA Tour executives, such as tour commissioner Jay Monahan, who is reportedly compensated to the tune of $20 million, annually.

“They have finally increased purses to players, substantially, and I am sure will soon be reducing their massive executive salaries in order to make things work,” continued Trump.

“The players are now asking, however, why didn’t they raise the purses long ago?

“Also, what will happen to the TREMENDOUSLY valuable Tax Exempt Status that the PGA Tour now enjoys?” 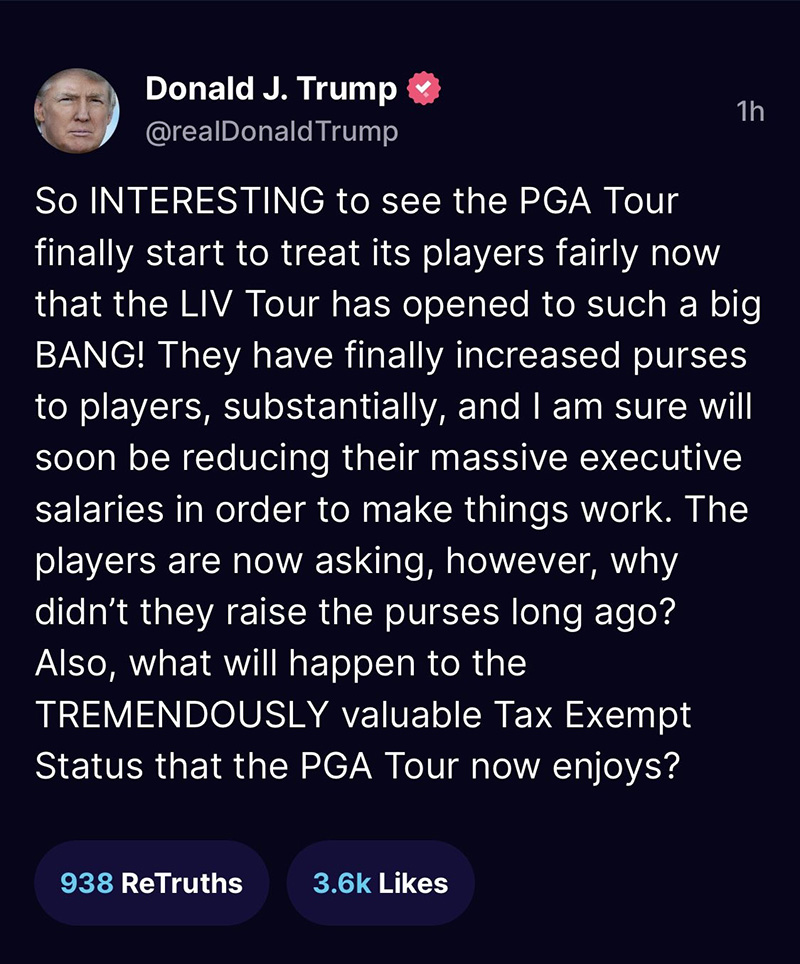 Trump’s Doral course in Miami, Florida will host LIV Golf’s season-ending championship in October. It’s the same Trump-owned course that played host to the PGA Tour’s WGC-Cadillac Championship until Monahan caved to the woke mob and moved the event to Mexico.