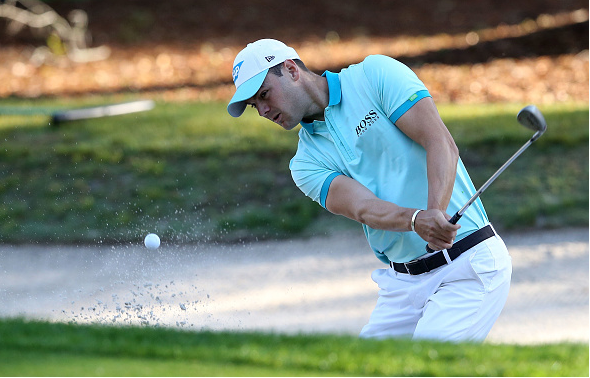 Martin Kaymer didn’t make a serious run at the Masters last weekend, but the two-time major champion made appearances on several of the highlight shows with some sweet hole-outs.

Well, it’s a new week, and a new tournament, but once again Kaymer is making the highlight reel.

On the 439-yard par-4 11th at Harbour Town Golf Links, Kaymer landed his approach shot into a green-side bunker. But the 32-year-old German made quick work of the hazard, dropping a hole-out birdie from the sand.

Kaymer finished his opening round at the RBC Heritage with a 3-under-par 68, which included seven birdies, two bogeys, and a double. He’s currently in a tie of 12th – three shots behind clubhouse leader, Luke Donald (-6).