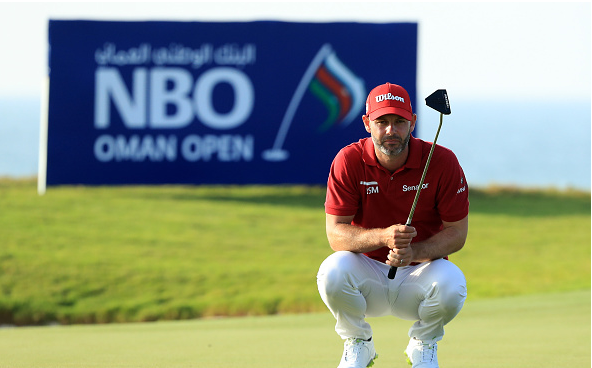 Englishmen Paul Waring and Matthew Southgate opened with matching 7-under 65s at Al Mouj to share the top billing after 18 holes of the NBO Oman Open. 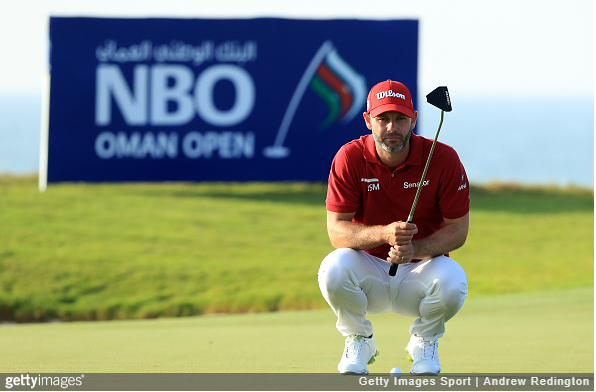 Waring signed for a bogey-free round at the Greg Norman-designed track, which included seven birdies, highlighted by a hat trick on Nos. 14, 15, and 16 (his Nos. 5-7).

“It was definitely a bit of a glide. I played some of the best golf I’ve played for a little while,” said Waring.

“I actually missed a few chances, which sounds ridiculous. I did hole a nice one on one from 30 or 40 feet which is nice to keep the momentum going. I’m really happy with that.

Southgate also went blemish-free but reached 65 by the way of five birdies and a hole-in-one on the par-3 fifth hole, his second ace of the season. 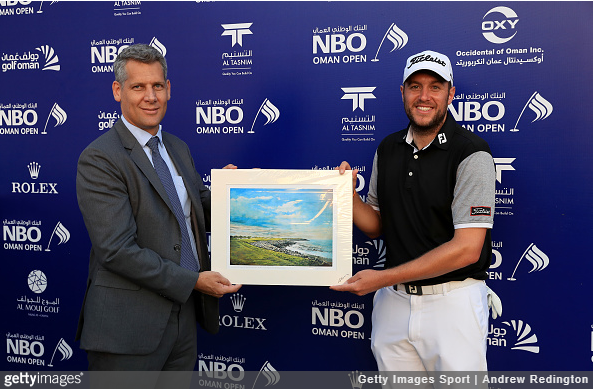 “It was really good but kind of a weird way to shoot 65. I missed a few close-distance chances but then I holed two really long putts and had a hole-in-one so I think a 65 was how I played,” said Southgate.

“It was a funny way to get that score but I’m over the moon with that start.

“I have Gary Tilston caddying for me, just started this week, and Guy Tilston his twin brother caddies for Marcel who also had a hole-in-one. A bit of a strange one to have two twins pick the right club for two holes-in-one in the same day – I bet that will never happen again!”

The English duo are one clear of Dutchman Daan Huizing, who shot 6-under 66.

One further back at 5-under 67 is another English twosome of Callum Shinkwin and Andy Sullivan.

Fabrizio Zanotti catches a bad break as his ball hits the flagstick on the par-3 8th hole at Al Mouj Golf.

“It was really good but kind of a weird way to shoot 65.”
– Matthew Southgate