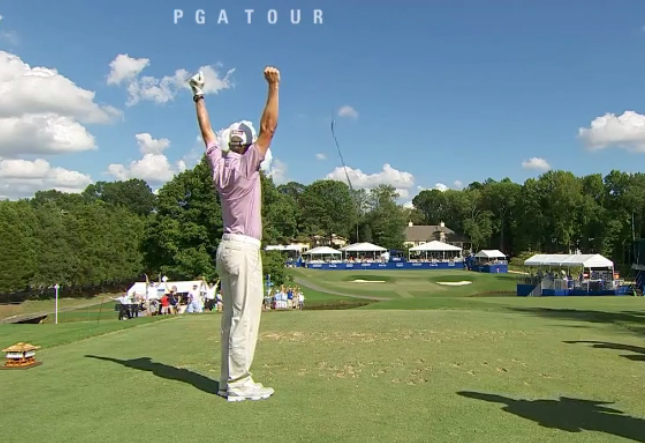 On the 16th hole today during the third round of the Wyndham Championship, Peter Malnati recorded a hole-in-one. When it dropped in Malnati just flung his club as if stunned. Finally, his caddie came over to give him the obligatory double high five.


With the help of the ace, Malnati carded a 67 for the day, and sits at 8-under for the tournament.

It was the third ace at the Wyndham Championship this week, and second of the day. Shawn Stefani made one earlier in the morning, while Luke Donald recorded one during the first round (and won a lifetime vacation).