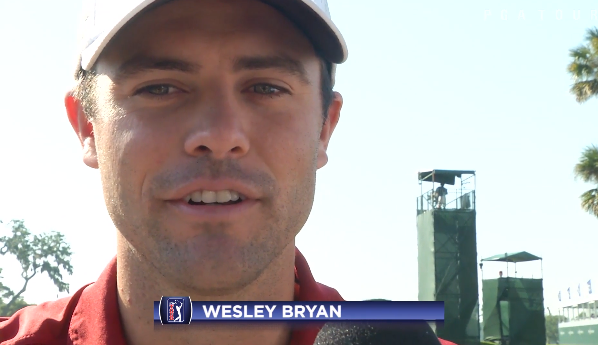 The PGA Tour media talked to some of the first timers at THE PLAYERS, and asked them about playing the iconic 17th hole at TPC Sawgrass.

Cameron Smith, Michael Kim, and Cody Gribble seemed the most in awe of the island green.

Gribble commented, “It’s only 140 yards, but you can’t help but look at all the water around it.”

Tyrell Hatton was the most confident-sounding, “It’s only a wedge so it shouldn’t be too difficult.”

And to no one’s surprise, the former trick shot artist, Wesley Bryan, came off as the most daring, “I don’t want to be one of those guys who hits it away from the flagstick. And not give anyone a reason to cheer. I want one right on line and never leaves the flagstick.”