Tiger Woods has nearly 6 million Twitter followers and follows only 18 himself. Here’s the kicker: only three of them are actual people. 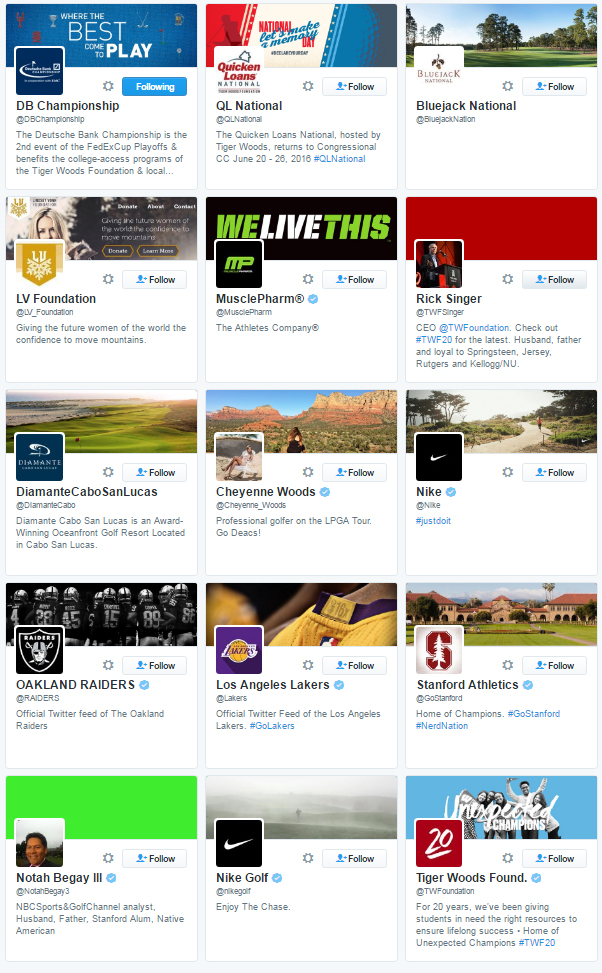 There might not be a disparity of accounts following to accounts followed quite like this on Twitter. Six MILLION followers, and only EIGHTEEN followed back. That’s not the best way to be a good Twitter citizen and #followback, but he’s Tiger Woods; he can do whatever he wants.

As we break down the list there is no surprise that Nike makes the cut (both the overall brand, and the golf specific brand). There are a couple different charities, professional sports teams (Oakland Raiders??), and Tiger’s alma mater Stanford Athletics.

Then we have the lucky few that Tiger follows:

Tiger Woods will be a lot friendlier in person this weekend as he hosts the Quicken Loans National at Congressional. If you’re attending the tournament, see if you can squeeze in a “follow me back on Twitter Tiger!” shout after a tee shot.