Coming into the week, the past three PGA Tour events had been decided in playoffs, and the two most recent Waste Management Phoenix Opens had also gone to extra holes, so it was not terribly shocking on Sunday when a strong field at TPC Scottsdale, again, needed overtime to decide the winner. 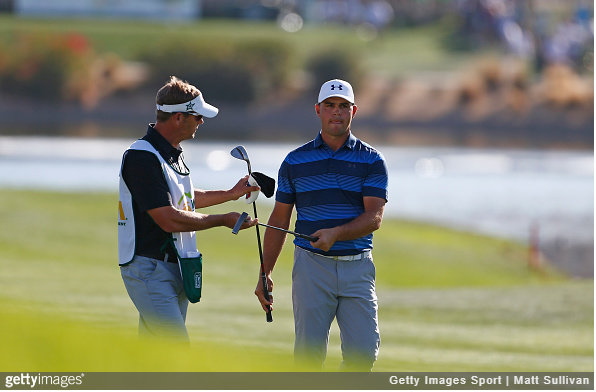 However, after none of the aforementioned playoffs were decided in fewer than four holes, what was surprising was that Gary Woodland needed just one hole past the 72nd to eliminate a fast-charging Chez Reavie, in a phenomenal battle of power (Woodland) vs finesse (Reavie).

In front of a record crowd of over 700,000 boisterous fans over the tournament’s four days, the 33-year-old Woodland shot a Sunday-low final round of 7-under 64 that included an incredible nine birdies to capture his third career PGA Tour victory, and his first in five seasons.

Woodland started the day in 8th place, three strokes back of Rickie Fowler, and with the plethora of big names in the mix, the Kansas native knew he would have to go low on Sunday to come out in front. 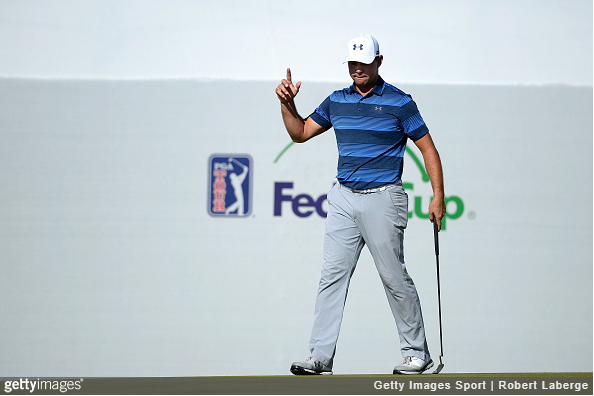 Fortunately, with elite length and ranked 12th on Tour in birdie average, Woodland was among the best suited to make a run at Fowler and company. It didn’t take him long, as five front-nine birdies vaulted Woodland into prime position. He was not quite as pristine on the back nine, as bogeys on 11 and 14 suddenly put Reavie in best position, but after three consecutive birdies (15, 16, and 17), Woodland finished with a 7-under 64 and held a two-stroke lead in the clubhouse with two holes to go.

“We saw the leaderboard for sure, especially on the back nine. You know, the last six or seven holes there are a lot of birdies out there and good chance for eagle,” said Woodland.

“So we were just trying to get it on the green, trying to give ourself a chance. We did that coming down the stretch.

“I really played beautifully all day. Got out of position really on 11 is really about it, when I made bogey. But outside of that, controlled the ball, putter felt great, iron game was obviously very good.”

Fowler took himself out of the picture with a late spiral, bogeying the same three holes Woodland had birdied, but Reavie stepped up and carded a birdie on 17, and then sank a 21-foot birdie putt on 18 to force the playoff.

On the first extra hole, a phenomenal up-and-down from the bunker led to a Woodland par. When Reavie failed to make magic on the 18th green for the second consecutive time on 18, this time missing an 11-footer, Woodland officially etched his name in Phoenix golf lore.

WHAT IT MEANS FOR WOODLAND

Woodland is no stranger to high finishes, having secured six second-place finishes in the last four years without a victory. 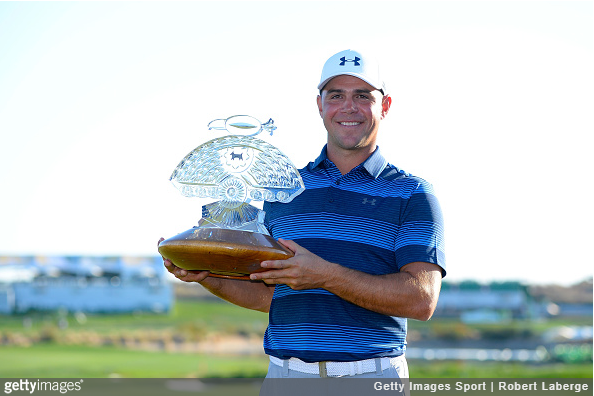 Now that he has his first victory since the 2013 Reno-Tahoe Open (now titled the Barracuda Championship), an opposite field event, it would not be a surprise if he suddenly found even more success. It is an especially refreshing finish for the long bomber, as he is coming off a tough 2017 both on the course (just two top 10s) and off of it.

Woodland’s recent form in this event had been poor (two missed cuts, a T33, and a T37 in his past four starts), so it should give him confidence that he was able to find a way to get it done this week.

“I felt like I got off to good start last year and played well. And obviously we dealt with some stuff off the course,” said Woodland.

“So it was a battle last year but it was nice to get to the off season and really start over this year. It’s been a good start to the year and another good start.”

A valiant comeback from Reavie fell short when a poor chip shot on the only playoff hole left him with a putt that he was unable to convert. Prior to that, however, it was a tremendous effort from the man who was attempting to win his first tournament in ten years. 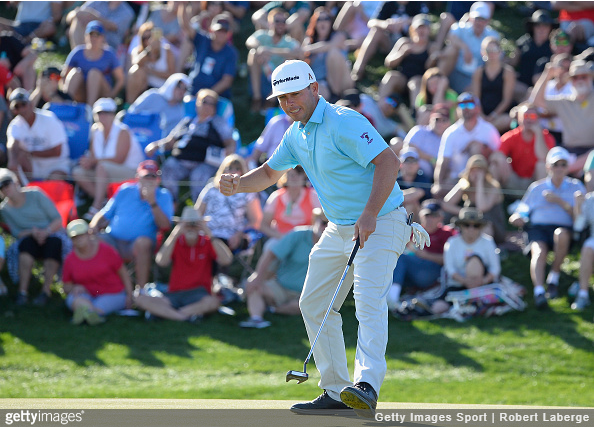 Reavie put himself out front with an eagle on No. 5 en route to a 3-under 32 at the turn. A homeward nine of four birdies against one bogey saw the 36-year old Arizona State product sign for a 5-under 66.

“I was excited to make that putt on the 72nd hole and still have a chance to win and unfortunately it didn’t go my way this week, but who knows maybe next week will be my week,” said Reavie.

With Ollie Schniederjans, it is not a matter of whether he will win a title, but when. That was almost today as the 24-year-old carded birdies on 12, 13, 14, and 15 put him in the mix, but a par, par, par finish was not quite enough. 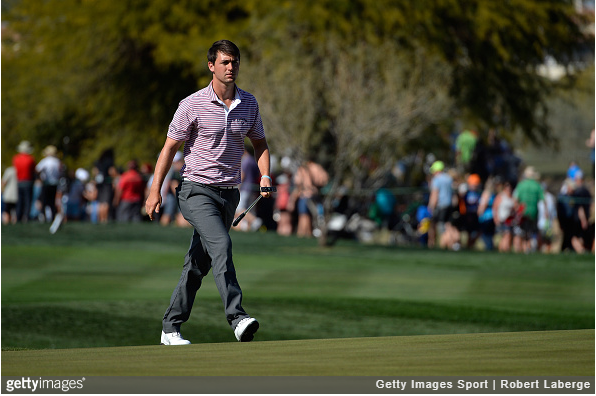 “I’m just trying to do my job the best I can and give myself as many chances as I can to close it out. Really just didn’t make enough putts the first three days to give myself a great chance today,” said Schniederjans.

“I was, it was an outside shot and really just a great back nine to have probably a top-5 finish.”

The 2018 debut of Matt Kuchar was a successful one. The seven-time PGA Tour winner, who came within two inches of an ace on the 16th, carded a final-round 67 to finish T5 at 14 under.

For the second straight week, World No. 2 Jon Rahm had a difficult Sunday. 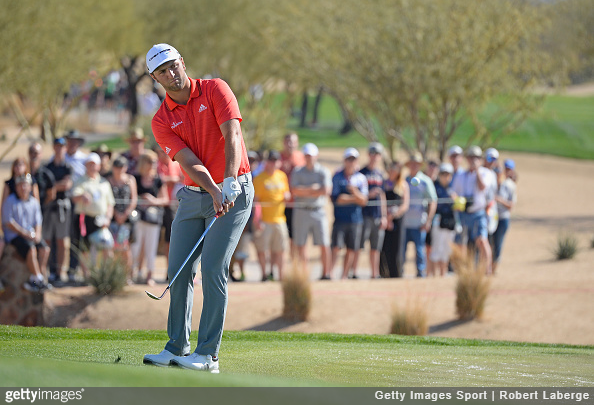 Playing in the final group, the local prodigy was unable to find a groove, showing a lot of outside frustration with a 1-over 72, his worst round of the week by five strokes. Bogeys on 15 and 16 doomed his chances, although hitting just 8 of 18 fairways did not help either.

“It’s not my best week. I’ve done a lot of things good, but definitely not my A game. A couple of bad bounces here and there. We still had a chance to compete for the win on the back nine,” said Rahm.

“It’s something to look at the positives when my worst is still that good. It wasn’t my worst round, I played good. It’s just, it would be a lot harder to just to fight to make cuts or just not to make cuts, and try to fight for 30th place.

“I should be happy and humble, but fact that my bad days I’m still competing to be top-10, if not win. But at some point it’s going to happen and hopefully I will win again.”

Fowler held the lead after 54-holes, but a 2-over 74, where he was unable to make anything good happen down the stretch, was the worst round among the final top 25 on the leaderboard. 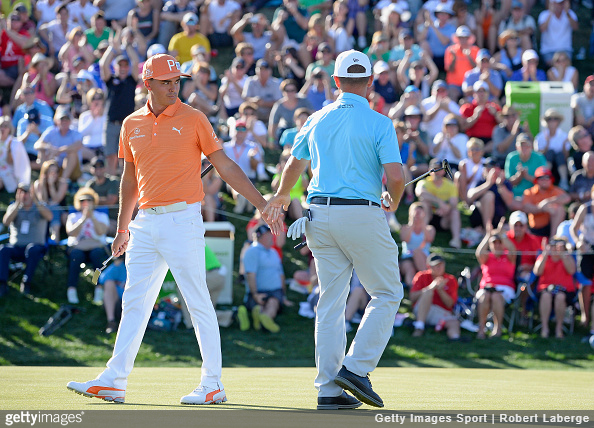 “Just didn’t make anything, had a couple bad breaks in a way. I don’t feel like I made necessarily bad swings, more like bad contact on the face that caused the ball to kind of do what it did,” said Fowler.

“But, yeah a little bummed that I didn’t really make anything on the back nine to at least move up and have a chance.”

First-round leader Bill Haas had three birdies over his final six holes, but five bogeys and a double bogey meant a disappointing 3-over 74 and a T26 finish. The 35-year-old was looking for his first victory since the 2015 season.

The enormous crowds in Scottsdale were cheering on the entire field, but there was no doubt that one man was the subject of the most love: Phil Mickelson, a local college star who has played in every Phoenix Open since 1991, winning three times. 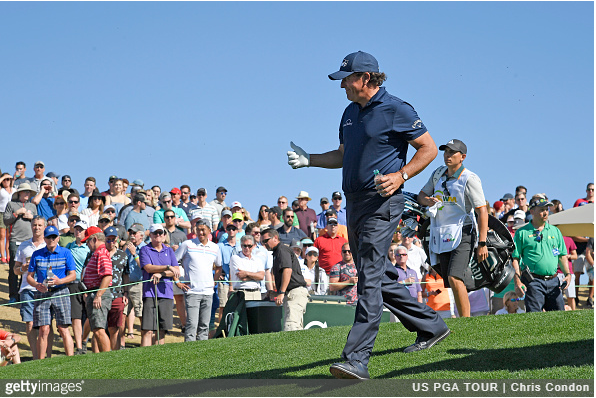 The 47-year-old Arizona State legend was in the mix through three rounds, starting Sunday just two strokes out the of lead.

“I played all right, I just didn’t get it going early and I don’t know what to say. It was fun to be in contention, I had a great time coming down the stretch,” said Mickelson.

“I didn’t like, obviously, the last hole, but other than that it was a pretty solid week and that was the only over par score. I hate finishing like that, but it’s fun to be in contention here, it’s fun to come down the stretch here.

“I was in the zone. I mean, I really had it going. My caddie asked me when I got done, did I know I made nine birdies. I didn’t even know I did that.”
– Gary Woodland