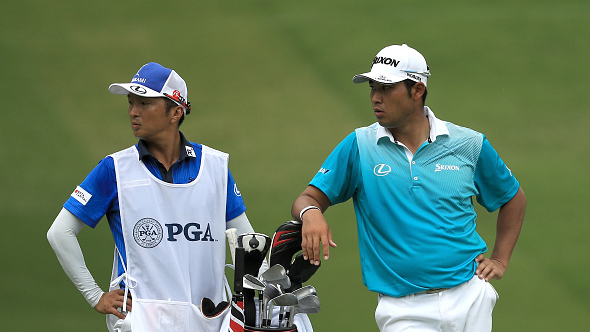 World No. 3 Hideki Matsuyama of Japan, and first round co-leader Kevin Kisner are tied at the top of the leaderboard at 8-under-par after two rounds of play at Quail Hollow Club in the 2017 PGA Championship.

Kisner matched his first-round 67 with another one on Friday, highlighted by an eagle on the par-five 7th hole. Kisner finished with three birdies, an eagle and one bogey. 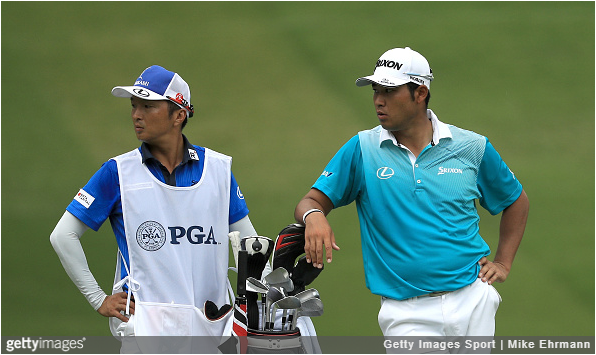 Matsuyama, on the other hand, was flawless on the day with seven birdies and no bogeys. The talented 25-year-old is nearly unstoppable when he gets on a hot streak, so look out.

Matsuyama is one of the two or three best golfers in the world at the moment. Without debate. He is already a three-time winner on tour this season, and with a major and fourth win, he’d be move to the front of the line for player of the year honors.

Kisner is a 33-year old tour veteran with two career wins, albeit both have come the past two seasons. He is probably one of the top 25 players on the PGA Tour at the moment but not considered a world-class player.

4. Who’s In The Hunt at Quail Hollow?

Old friend Jason Day is only two back after firing a second-round 66. He’s alone in third at 6-under. The former World No. 1 has had a horrendous season, so this is a pleasant surprise. There’s a three-way tie for fourth at 5-under. And three are also deadlocked in seventh at 3-under, including by Rickie Fowler (70), Justin Thomas (66) and Paul Casey (70).

6. How Are The Big Names Doing?

A look at the World Top 15 and where they stand…

Dustin Johnson appeared in a good spot after a first round 1-under, and just three back of the lead. But the world No. 1 shot 74 today and is now at 2-over and 10 back. 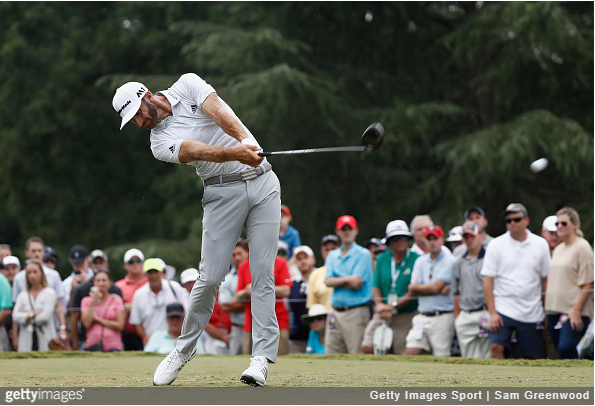 Jordan Spieth has a had a terrific season, but he won’t be making history this weekend after carding a 2-over 73. The 24-year old enters the weekend at a disappointing 3-over and 11 back of a red-hot Matsuyama.

Phil Mickelson may want to rethink the split he had with former caddie Jim Bones Mackay, because things have gone south for Lefty since the break up. After two rounds of 79-74 in Charlotte, Phil will miss his second straight weekend at a major.

Chris Stroud continues to impress. The 35-year didn’t get to finish his second round but is at 2-under through 13 holes, and 5-under for the tournament (T4).

Despite an impressive world ranking of No. 7, Day is also a surprise atop the leaderboard.

PGA club pro David Muttitt (Albuquerque, New Mexico) tied for the worst first round score with a 13-over 84. Today he took the honors again with a 12-over 83. To be fair, though, another club pro, Brian Smock, shot a 50 after 10 holes, and walked off the course with WD, avoiding the embarrassment of going over the big 9-0 as he made his way through the Green Mile.