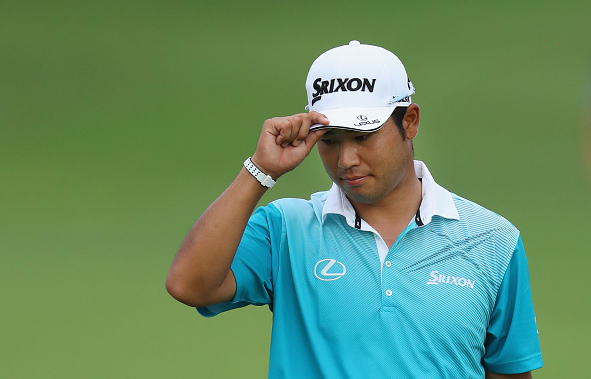 As it has for six years in a row now, Mother Nature sunk its teeth into the PGA Championship in the form of a dilatory rain event. It kept golfers on the sidelines for nearly two hours, and led to some late humor when players rushed to finish their rounds before sundown, but it could not cool off the hot afternoon wave of elites. 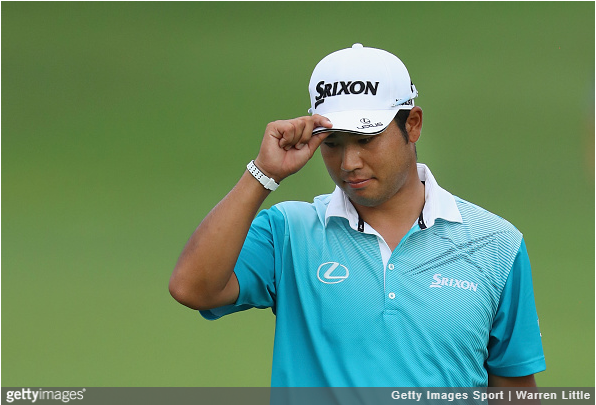 In particular, Hideki Matsuyama looked on the back nine like he had never left Akron, the site of his closing 61 at last weekend’s WGC-Bridgestone Invitational.

With five birdies over his last seven holes, the Japanese phenom finished his second round with a bogey-free 64, which allowed him to catch the low outlier of the morning wave, Kevin Kisner, who was 4-under par for the second straight day.

With just a small handful of players needing to finish their second rounds in the early morning, Matsuyama and Kisner are at 8-under for the tournament, and hold a two-stroke lead over a suddenly resurgent Jason Day.

Things did not go quite as well for tournament cynosure Jordan Spieth, who will be playing the weekend, but after a 2-over 73 is starting it 11 strokes back of the lead duo.

For much of the day, Kevin Kisner was well out in front, as he reached 8-under after two rounds, with the next closest from the morning wave being Rickie Fowler at 3-under. 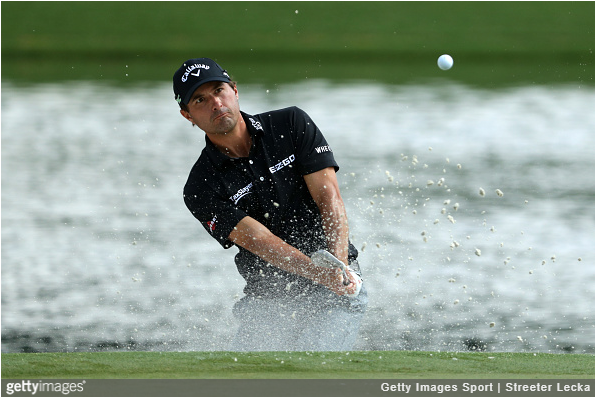 Kisner shot his second consecutive 67, mixing three birdies, all within the first six holes, with a late eagle and just one bogey. Kisner’s great 36-hole score has been largely off the strength of an incredible iron game, as he leads the field with 30 greens hit in regulation.

The afternoon wave closed the gap, led by the winner of last week’s WGC event, Hideki Matsuyama, who shot a bogey-free 7-under 64.

Matsuyama was especially strong on the back nine, carding four birdies in a row from 12-15 and adding one more on the difficult 17th. 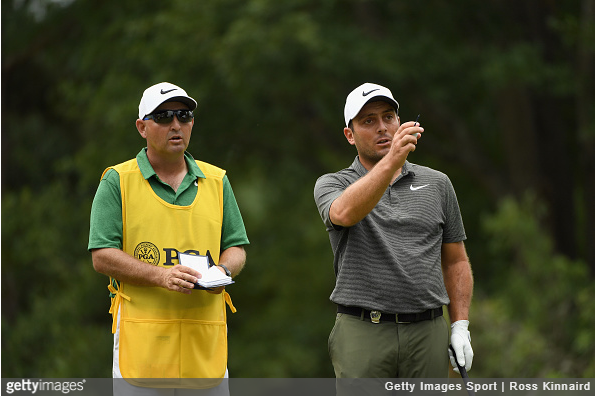 Molinari was also bogey-free, adding an eagle and birdie over his last three holes to vault onto page one of the leaderboard.

Jason Day won this tournament in 2015 and was runner-up in 2016, but a disappointing season kept him from being listed among the favorites this week at Quail Hollow.

In a mid-round stretch from hole 7 to 14, Day had all five of his birdies in addition to an eagle, the strength of a 5-under 66 that has him just two strokes off the lead. 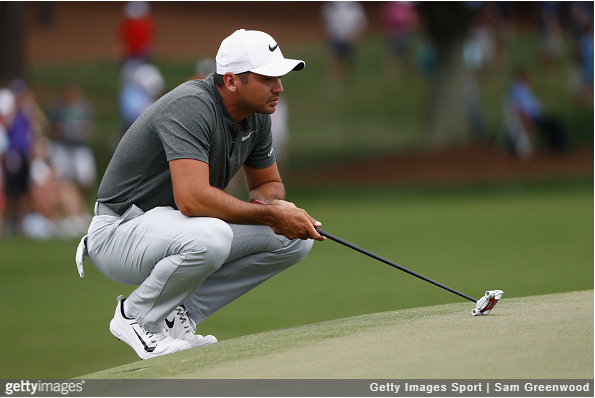 Three consecutive missed-cuts in his last four tournaments coming into the week (with the other being a no-cut event) has not hampered Justin Thomas any.

Thomas looked much more like the golfer that won three tournaments early in the season, as he matched Day’s 66. His one bogey was five fewer than Thomas had in round one.

Phil Mickelson has struggled badly since parting ways with caddy Jim ‘Bones’ Mackay, a trend that continued at Quail Hollow. 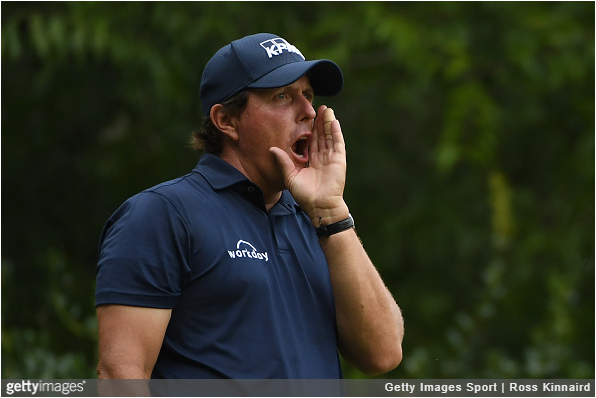 The five-time major winner followed up his birdie-free round one 79 with a 3-over 74, and at 11-over is six strokes south of the cut line.

Jon Rahm birdied his first hole today, and then proceeded to not card another the rest of the day. A three-over front nine which included a mind-boggling ZERO greens hit in regulation led to a 4-over 75 that dropped him 31 spots down the leaderboard into a tie for 46th.

Thorbjorn Olesen was an 18-hole co-leader, but Friday was a completely different story for the 27-year-old Dane. With three holes left when darkness ended his second round early, Olesen is 6-over for the day and now +2 for the tournament.

His round was especially torpedoed by back to back front-nine double bogeys (holes 15 and 16), in addition to abysmal putting.

World No. 2 and Open Champion Jordan Spieth can become the youngest winner of the career Grand Slam if he finds a way to prevail at Quail Hollow. A disappointing round one 72 moderately hurt those chances, but his second round was one stroke worse. 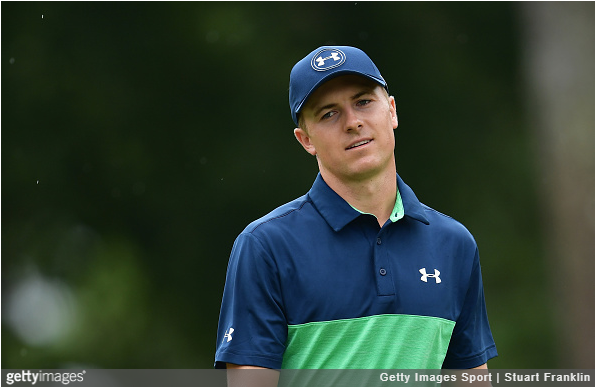 Spieth had just one birdie in his round of 2-over 73, and is now 11 strokes out of the lead heading into the weekend.

Spieth leads the PGA Tour in birdie average, but after carding only four through two rounds, Spieth is at 3-over for the tournament.

“The greens here at Quail Hollow, as you know, are really fast. And there’s a lot of putts that honestly, I’m not trying to make. I’m just trying to get it up near the hole, and a lot of them are going in.”