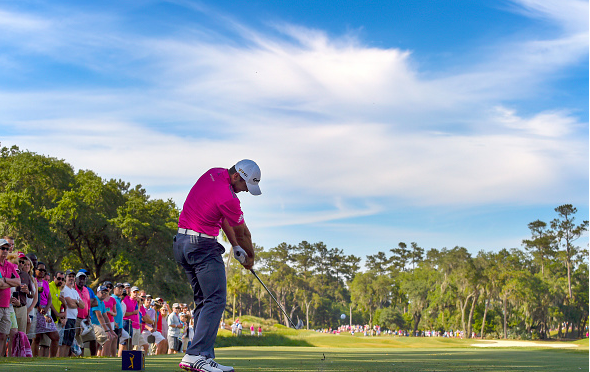 The PLAYERS Championship tees off on Thursday from TPC Sawgrass with Jason Day seeking to defend his title against the some of the biggest names in the game.

Dating back to 1974 when Jack Nicklaus won at Atlanta Country Club in Marietta, Georgia, THE PLAYERS has a long and storied history.

Here are 10 interesting numbers/statistics from past PLAYERS tournaments.

No player has gone all four rounds without a bogey at THE PLAYERS Championship. Greg Norman came the closest in 1994 with a single bogey in the final round on No. 13. He posted the tournament 72-hole record that year, 24-under 264.

Only two albatrosses have been recorded in the history of THE PLAYERS, and they came in back-to-back rounds. In 2007, Hunter Mahan made a 2 at the par-5 11th hole in round two before Peter Lonard duplicated the feat at the second hole in round three.

Other than Jack Nicklaus, who won THE PLAYERS in its inaugural year in 1974, only Hal Sutton (1983) and Craig Perks (2002) have won the event in their first appearance.

Prior to the 2016 tournament, no player had recorded a sub-30 score on the back nine at THE PLAYERS Stadium Course. Three players achieved the feat in 2016: Shane Lowry (first round), Rory McIlroy (second round) and Kevin Chappell (second round). Martin Kaymer, with a 7-under 29, remains the only player with a sub-30 score on the front nine (first round).

The best scoring average (8 rounds minimum) at TPC Sawgrass belongs to Justin Thomas with 70.13. Japan’s Hideki Matsuyama with 70.33 is next best. Thomas and Matsuyama battled each other for the top spot in the FedExCup standings for the early part of the season until Dustin Johnson took over the No. 1 position after winning the WGC-Dell Technologies Match Play.