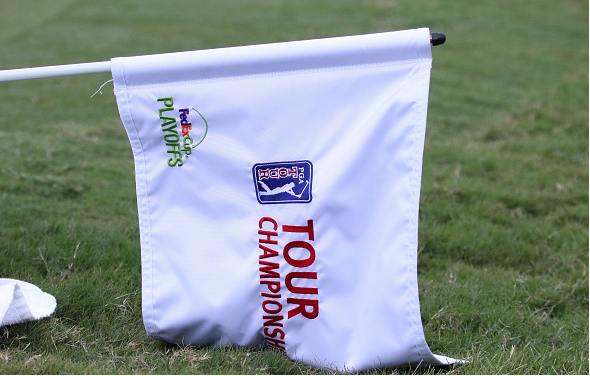 The PGA TOUR and FedEx have announced a 10-year extension of the shipping giant’s sponsorship of the FedExCup season-long competition on the PGA TOUR.

“The FedEx relationship has been invaluable to the PGA TOUR on multiple fronts for more than 30 years, beginning with its sponsorship of the FedEx St. Jude Classic,” PGA TOUR Commissioner Jay Monahan said. “The FedExCup revolutionized the fan viewing experience and competitive landscape of the PGA TOUR, establishing a cohesive narrative throughout the schedule and a compelling conclusion to the season with the FedExCup Playoffs.”

“We are proud to extend our historic sponsorship of the FedExCup, which has dramatically changed the PGA TOUR,” said Patrick Fitzgerald, senior vice president, Integrated Marketing and Communications for FedEx. “The FedExCup is the ultimate prize on the PGA TOUR, and the season-long competition has delivered some of the most exciting finishes in recent memory.”

Monahan and Fitzgerald discussed the extension of the sponsorship agreement with Bloomberg’s Vonnie Quinn on “Bloomberg Markets.”

Beyond defining the season champion, the FedEx Cup makes each tournament more meaningful through a season-long points competition. The FedExCup Playoffs give fans the opportunity to see golf’s greatest players compete at the highest level in four high-profile events, culminating with the crowning of the FedEx Cup Champion.

Rory McIlroy emerged as the 10th champion with a memorable title run featuring two FedEx Cup Playoffs victories, capped by a dramatic Sunday finish at the TOUR Championship in Atlanta. McIlroy holed out from 137 yards for an eagle-2 on East Lake Golf Club’s 16th hole and then birdied No. 18, forcing a three-way playoff with Ryan Moore and Kevin Chappell.