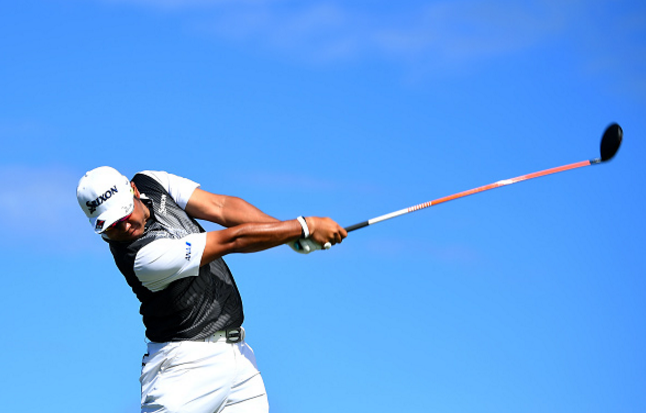 Justin Thomas and Hideki Matsuyama squared off on Sunday in what was essentially 18 holes of match play – and a potential preview of a President’s Cup singles match this fall.

The rising stars, who are two of the hottest players in the world, went head to head at Kapalua – with Thomas eventually holding off Matsuyama to capture his second PGA Tour win of the new season at the SBS Tournament of Champions in Maui.

Incredibly, Matsuyama has won four times in his last 6 starts – and more incredibly, his two non-wins are both runner-up finishes to Thomas.

Here’s a round up of the best photos from the award-winning photographers at Getty Images. (Pro tip: Hover over image for caption and credits.)

The Epic Eagle On 14