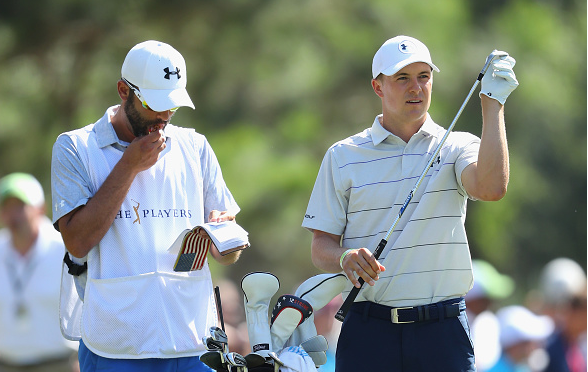 Louis Oosthuizen shot 6-under 66 in the second round of the THE PLAYERS Championship at TPC Sawgrass, and is tied for the 36-hole lead with Kyle Stanley at 9-under-par.

Here are 10 interesting stats and facts from round two at THE PLAYERS Championship.

This is Oosthuizen’s second career 36-hole lead/co-lead on the PGA TOUR and first since his dominant performance at St. Andrews at the 2010 Open Championship, where he went on to win by seven strokes.

Despite only hitting six of 14 fairways in the second round, Stanley hit 14 of 18 greens and ranked first in Strokes Gained: Approach the Green for round two.

Vijay Singh shot a 4-under 68 and stands at 6-under for the tournament. Should Singh win at Sawgrass, he would become the oldest player to win a PGA TOUR event at 54 years, 2 months, surpassing Sam Snead, who won the 1965 Greater Greensboro Open at 52 years, 10 months, 8 days.

Success Rate of 36-Hole Leaders At THE PLAYERS

28% (12 of 43) of the second-round leaders/co-leaders have gone on to win THE PLAYERS Championship, including Jason Day in 2016.

52% (13 of 25) of the second-round leaders/co-leaders on the PGA TOUR this season have been able to convert for the win in stroke-play events, most recently Sergio Garcia at the Masters Tournament.

At 4-over 148, Jordan Spieth missed his third-straight cut at THE PLAYERS after finishing T4 in his debut in 2014.

Sweden’s Alex Noren shot a 1-under 71 and sits in a tie for fifth at 5-under. Noren, ranked No. 13 in the world, is not a member of the PGA TOUR but already has 206 FedEx points. With a top-5 finish at Sawgrass, Noren would earn at least 113 points and secure Special Temporary Membership on the PGA TOUR.

In his first start at THE PLAYERS, Patrick Cantlay followed an opening round 3-under 69 with a 2-under 70 to sit within four strokes of the lead. Cantlay began the season playing on a major medical extension but satisfied the requirements of that extension with a solo second-place finish at the Valspar Championship in March and earned a spot in THE PLAYERS field. Through five events this season, Cantlay has posted three top-25 finishes.

Scott Piercy recorded the first-ever quintuple bogey-9 on the par-4 fifth hole during round two. Piercy struggled badly in his 36 holes at TPC Sawgrass, shooting rounds of 80 and 84.

There have been 5 bogey free rounds so far in the tournament.