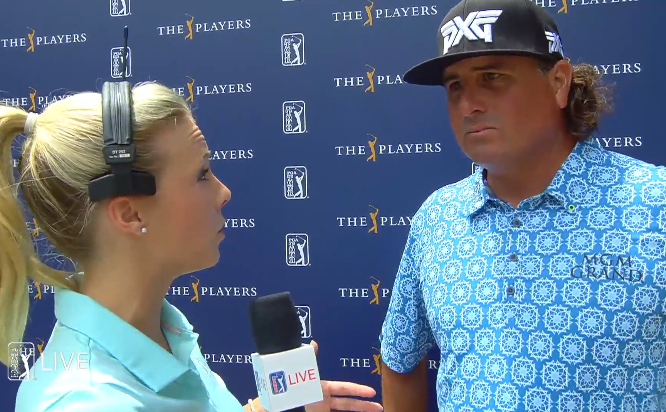 Pat Perez fired a 6-under 66 on Saturday to move up 56 spots on the leaderboard at the PLAYERS Championship.

The Arizona State alum started the day at 2-over, but following his sizzling Saturday round, he’s now at 4-under and inside the top-10, heading into Sunday’s final round.

Today's 66 by Pat Perez matches the best round of the week at TPC Sawgrass. #QuickHits pic.twitter.com/pYbdnT3LEb

The 41-year-old Perez is in the midst of a career year following a forgettable injury-shortened 2016 season.

He currently ranks 5th in the FedEx Cup and Money race.