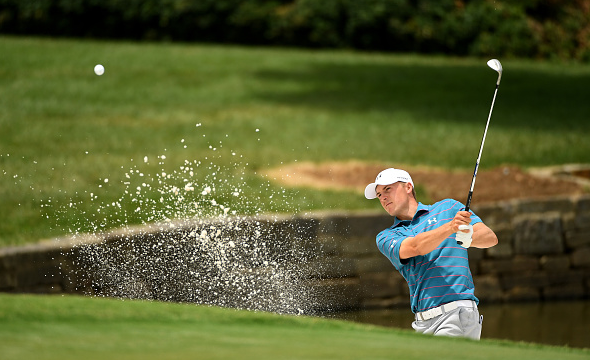 Jordan or Rory? Rory or Jordan?

One has a chance to make history, as Jordan Spieth’s win at the Open Championship sets up a run for some rarefied air at this week’s PGA Championship. 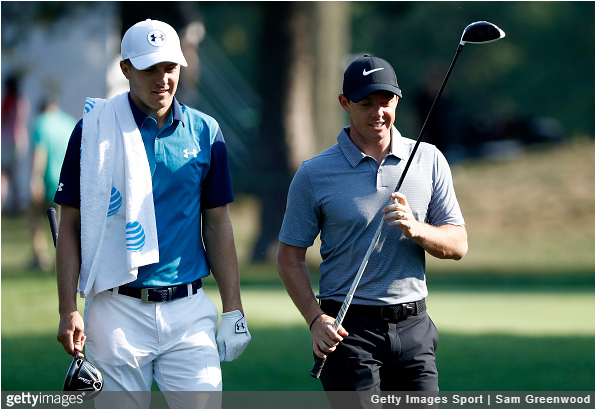 But while those two certainly will monopolize conversation in the days leading up to the season’s final major – how about a Spieth/McIlroy final pairing on Sunday? – they aren’t the only storylines worth a look as the “Green Mile” awaits the game’s best professionals.

Who’s next to join the fraternity of the career Grand Slam? Jordan Spieth’s pursuit at Quail Hollow isn’t the only one, merely the first.

Having taken possession of the Claret Jug at Royal Birkdale, Spieth can expect an even hotter spotlight in Charlotte as he seeks to usurp Woods as the youngest to capture each of the game’s four majors. 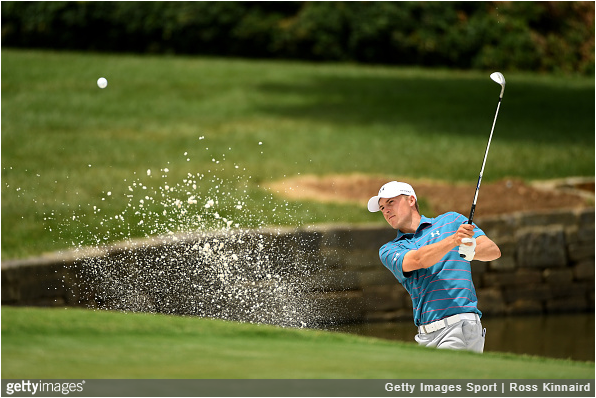 Then again, Rory McIlroy needs only the Masters next April to join the club himself. And in June, Phil Mickelson will make a fourth try at completing his set with the U.S. Open.

And here’s where it could get interesting. Both McIlroy and Mickelson have excellent track records at Quail Hollow, so it would be no surprise if either denied Spieth come Sunday. Likewise, the comfort Mickelson and Spieth have enjoyed at Augusta National could thwart McIlroy.

OK, it’s not exactly mano-a-mano rancor. But it’s another layer of intrigue.

Had Spieth’s triumph not stoked a frenzy, McIlroy would have been a clear favorite with the way he’s conquered Quail Hollow.

Not only is the young Ulsterman the only man to capture two Wells Fargo Championship crowns, both came in sizzling fashion. 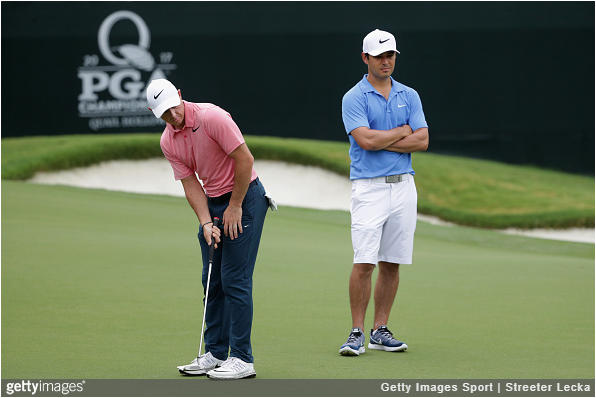 A course-record 62 on the final day shot McIlroy past Mickelson in 2010 for his first PGA Tour triumph, capping his round with six consecutive 3s.

Five years later, a third-round 61 broke that mark and fueled a seven-shot romp. And in between, McIlroy lost a playoff to Rickie Fowler in 2012.

In seven starts at Quail Hollow, in fact, McIlroy has finished outside the top 10 just once.

Hideki Matsuyama’s romp at the WGC Bridgestone Invitational suddenly thrusts him squarely into the conversation, though perhaps we should have done a better job of seeing it coming. 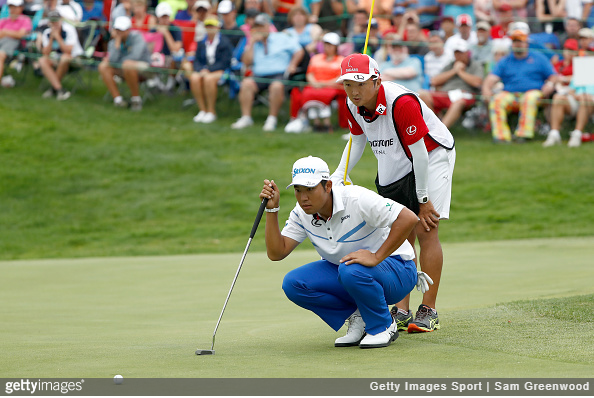 Matsuyama owns top-15 finishes in each of his past four starts, which includes a share of second at the U.S. Open and tied for 14th at Royal Birkdale. He also was eighth at the Masters, making him one of just two men (with Brooks Koepka) to notch top-15s in each of the first three majors.

Though Korean pro Y.E. Yang holds distinction as Asia’s first major champion when he outdueled Woods at the 2009 PGA – remember him hoisting his golf bag overhead like the Stanley Cup? – Matsuyama still would be a groundbreaker for Japan.

“All I can do is my best,” Matsuyama said. “A lot of us from Japan have tried to win majors. Hopefully someday it will happen.”

Even Quail Hollow regulars will have to adapt to a new opening sequence, the result of changes made to toughen up the front nine ahead of the PGA.

Tom Fazio’s latest renovation introduces three new holes, including a new 524-yard opener made by merging the old first and second holes. The old third and fourth holes move up one in the sequence, with Fazio carving out new Nos. 4 and 5 from the previous par-5 fifth hole. 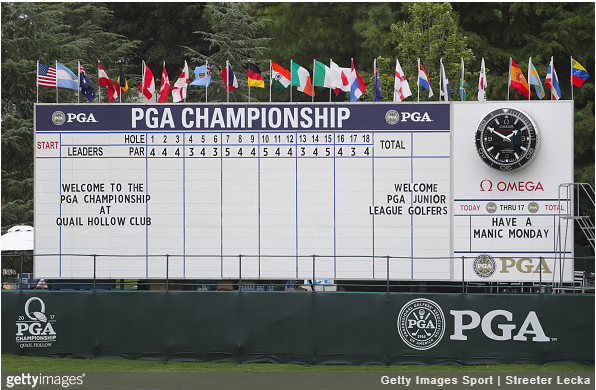 There was no need to tinker with the “Green Mile” of Nos. 16, 17 and 18, long deemed perhaps the toughest closing stretch on the PGA Tour.

In 14 years as host of the Wells Fargo, the Green Mile has played a total of 5,894 strokes above par – an average of plus-.917. It has accounted for 25 percent of all bogeys at Quail Hollow, 38 percent of double bogeys and 51 percent of triples and above.

“Hopefully it’s not too much different,” McIlroy said. “I sort of liked it the way it was.”

Two months ago, Justin Thomas became just the fifth man to shoot 63 at a U.S. Open, his 9-under par effort establishing a new Open standard for lowest round in relation to par. 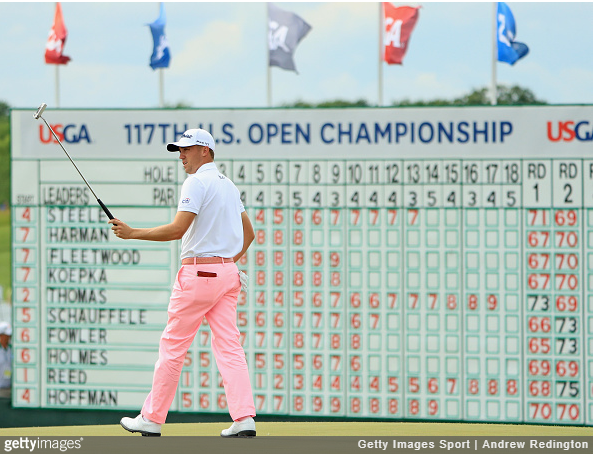 A day later, Brooks Koepka’s triumph also entered the Open’s record book, completing a 16-under conquest that matched McIlroy (2011) for the lowest 72-hole total in relation to par.

Turns out that was just the undercard. At Royal Birkdale – a place with six Hall of Famers on its roll of champions – Branden Grace opened a new frontier as the first man to shoot 62 in a major championship.

Is any sort of encore in store at Quail Hollow?

Not likely, especially with the aforementioned “Green Mile” lurking at the finish. More often than not, a historic round hinges on a late birdie to reach the summit. At Quail Hollow, even parring out is no picnic.

It’s also worth noting that no major has seen more 63s than the PGA Championship – 14 in all, including last year by Robert Streb.

Though Spieth’s triumph at Royal Birkdale ended the run of seven consecutive first-time major winners, perhaps the trend has only cooled.

Matsuyama is just one of five players among the top 12 in the world rankings still without a major title to their names, along with Jon Rahm, Alex Noren, Rickie Fowler and Open Championship runner-up Matt Kuchar. 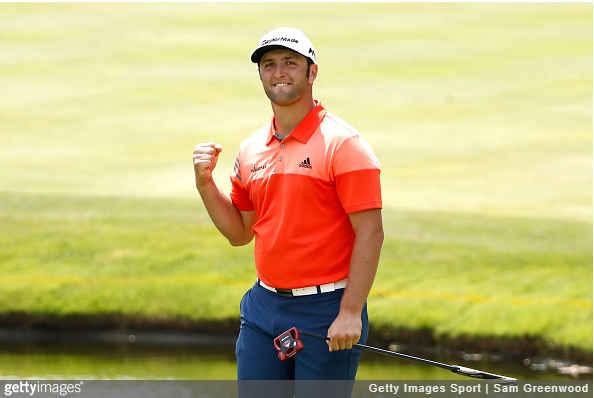 “There’s so many good players now,” Koepka said. “Look at how it was at Erin Hills. Everyone up there hadn’t won a major up there pretty much – Rickie Justin, Hideki. They haven’t won majors, and I think everyone in this room knows they’re going to win one.”

Drilling a little deeper, eight of the past 11 major winners made it their first. The exceptions: Spieth (twice now) and Zach Johnson two years ago at St. Andrews. 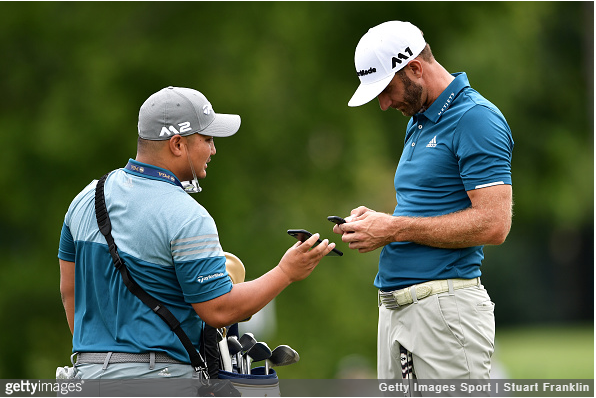 A slip-and-fall injury on the stairs of his Augusta rental home took him from prohibitive favorite to injury WD. Four months later, he’s still No.1 in the world rankings but faces the possibility he’ll end 2017 without a major.

Not exactly what anyone figured as he was dominating the landscape back in February and March. But he acknowledged two weeks ago that his back still hasn’t fully healed since the fall, limiting his mobility.

Nor is Johnson all that familiar with Quail Hollow. Though it’s no more than 90 minutes from where he grew up in South Carolina, he has yet to score a top-25 finish in three starts. He hasn’t been there since 2011.

Reigning champion Jimmy Walker offered a glimpse of his old form when he surged to the 36-hole lead at Firestone, following up an opening 68 with a 65. Perhaps this was the sign that his health was returning to normal? 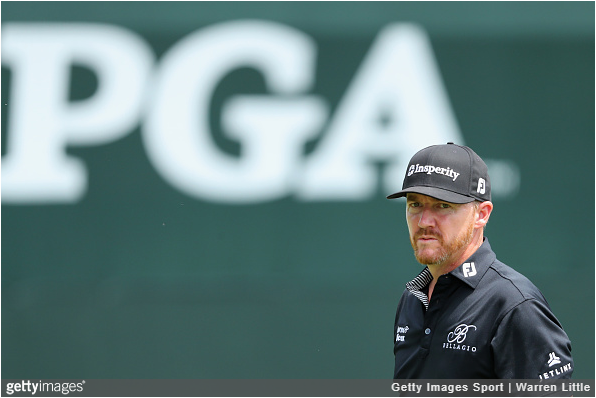 Alas, no. Walker shot 74-72 on the weekend, including a front-nine 41 on Saturday, as he slipped to a share of 28th. Nearly nine months after contracting Lyme disease, the Texan still has days with little stamina.

Walker has just one top-10 finish while trimming his schedule in 2017, coming at the Tournament of Champions back in January. 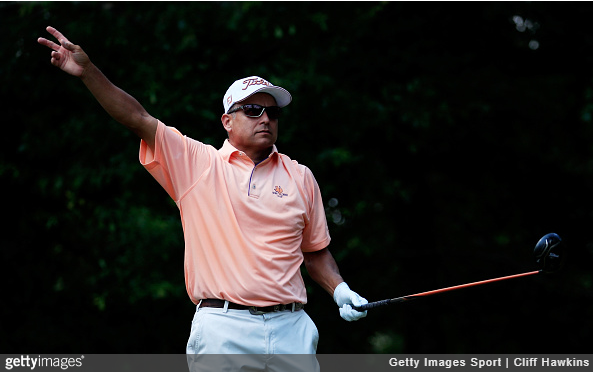 Combined, they teed it up in 1,086 PGA Tour and Web.com Tour events over a quarter-century without ever earning a PGA Championship berth. They’re at Quail Hollow now as part of the 20-man allocation for PGA club and teaching professionals.

Which, as you might imagine, is something of a point of contention.

When Uresti captured the PGA Professional Championship back in June, it created a bit of a firestorm because of his previous touring pro status. But Uresti also kept his PGA of America membership throughout, and now has found a niche teaching juniors.

It’s a similar story for Claxton, now at a club in his native Georgia after ranking No.2 all-time in Web.com Tour earnings.

Sunday was a big day in the Piller household, where Gerina was named to her third consecutive U.S. Solheim Cup team and husband Martin came from off the pace to win the Web.com Tour’s Ellie Mae Classic. 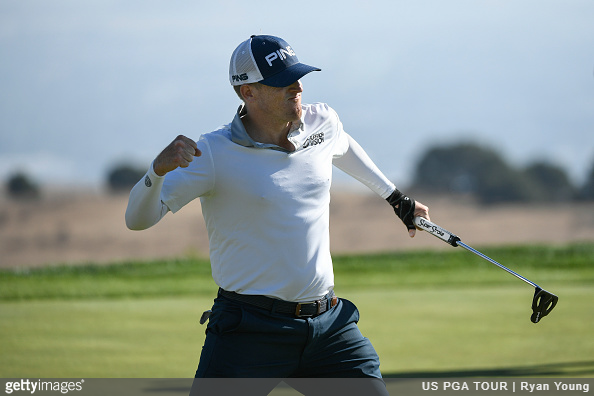 The victory, in fact, allows Martin Piller the chance to watch his wife help defend the Solheim crown in Iowa next week.

There must be some magic in it. Two years ago, Martin won two weeks before the U.S. Solheim squad was finalized. Weeks later, he watched Gerina sink the Cup-winning putt in Germany.