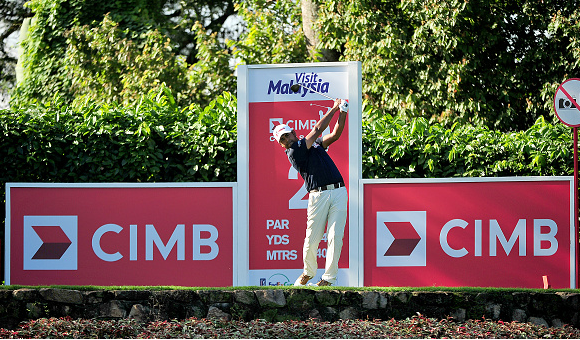 The CIMB Classic is the second event of the 2016-17 PGA Tour season, and offers a purse of $7 million. Its defending champ, Justin Thomas, enters the tournament playing some of the best golf of his young career (T10 Barclays, T6 Tour Championship, T8 Safeway Open).

Here are 10 things to know about the Tour’s only official tournament in Southeast Asia.

In 2010, Ben Crane shot a 18-under par to win the very first CIMB Classic. Crane beat out Brian Davis by a single stroke, and took home exactly $1M. At the time, it wasn’t an official PGA Tour event, and offered no FedEx Cup points.

The title sponsor is the CIMB Group, one of ASEAN’s (Association of Southeast Asian Nations) leading universal banking groups. Headquartered in Kuala Lumpur, the CIMB Group is now present in 9 out of 10 ASEAN nations. CIMB Group recently announced the extension of its title sponsorship of the golf tournament through 2020.

The CIMB Classic has been played at the West Course at TPC Kuala Lumpur since 2013. From 2010 to 2012, the tournament was hosted by the MINES Resort & Golf Club. TPC Kuala only recently became part of the TPC network. Prior to the licensing agreement, it was simply known as the Kuala Lumpur Golf and Country Club. It is Southeast Asia’s first golf facility to join the PGA Tour’s Tournament Players Club (TPC) Network.

Justin Thomas entered the final round tied with Brendan Steele at the top of the leaderboard and walked away with a one-shot win over Adam Scott at the 2015 CIMB Classic after a 6-under 66 on Sunday. With the win, his first PGA Tour victory, Thomas became the youngest champion of the CIMB Classic at the age of 22 years, 6 months, 3 days.

6. SPOILS GO TO THE WINNER

In addition to $1.26M, 500 FedEx Cup points, and a two-year PGA Tour exemption, the winner this week (if not previously eligible) receives invitations to the 2017 Tournament of Champions, a winners-only event in January, along with two major championships (Masters Tournament and PGA Championship) and THE PLAYERS Championship. The winner also earns exemptions into six additional invitational events on the PGA Tour such as the Arnold Palmer Invitational.

7. ONLY EVENT IN SOUTHEAST ASIA

The CIMB Classic is the only official PGA TOUR FedEx Cup event in Southeast Asia, which is also the richest in the region with a purse of $7 million (USD). Since it was first staged, the tournament has attracted world class professionals like Tiger Woods, Henrik Stenson, Adam Scott, Sergio Garcia, and Ernie Els.

With the event located in Southeast Asia, not too many players would risk a 48 hour round trip flight if not guaranteed 4 rounds of play and some kind of compensation. Therefore, the field is limited to 78 players and, similar to World Golf Championship events, has no cut line after 36 holes. Qualifiers include the Top 60 available players from the previous season’s FedEx Cup Points list, the Top 10 available money leaders from the Asian Tour Order of Merit and eight sponsor exemptions, which include two Malaysians. In 2015, the last place finisher, John Peterson, walked away with a check for $13,020.

This is an important pro tip for golf fans (and PGW staff too). The tournament is being played in Kuala Lumpur, Malaysia – which is exactly 12 hours ahead of the Eastern Time Zone here in the United States. With this time difference, players will actually be teeing off Wednesday night, which is kind of neat.

In 2015, Scott Brown carded an ace on the 15th hole at TPC Kuala Lumpur and was handed the keys to a brand new BMW i8, which has a price tag of $140K. For the tournament, Brown finished T56 and made $15K, good for some extra gas money.