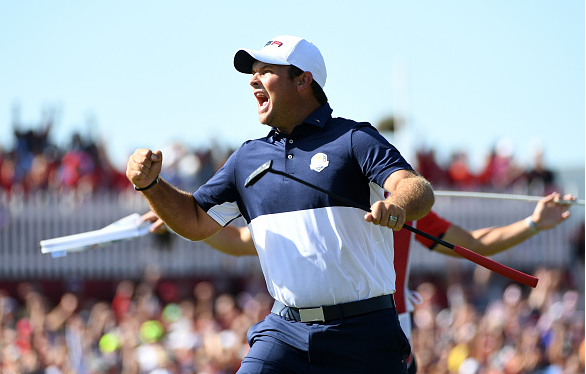 The CIMB Classic, the second event of the new season, kicks off in Kuala Lumpur, Malaysia on Thursday. Now its seventh year on the PGA Tour schedule, and fourth as an official event, the Southeast Asia tournament is becoming a favorite stop for Tour players.

Limited to 78 players, with no cut line and a guaranteed payday, the field has several big names who are all vying for some early FedEx Cup points.

Here are the Power Picks for this week’s CIMB Classic at TPC Kuala Lumpur.

Moore is a two-time winner of the CIMB Classic (2013, 2014), and returns to TPC Kuala Lumpur after having one of his best PGA Tour seasons. Moore finished 7th in the final 2015-2016 FedEx Cup standings, which included a win at the John Deere Classic and nine Top 10 finishes. Moore, the final Ryder Cup Captain’s pick, clinched the win for the U.S. team at Hazeltine.
2016 FedEx Rank: No. 7
OWGR: No. 30

Scott shot a final-round 63 to finish runner-up to Justin Thomas at last year’s CIMB Classic. The Aussie is one of the most accomplished players on the PGA Tour with 13 titles in his career, including the 2013 Masters and back-to-back wins in 2016 at the Honda Classic and the WGC-Cadillac. Scott enters the CIMB following an impressive run in the FedEx Cup playoffs, where he finished T4, T4, T4, T8.
2016 FedEx Rank: No. 4
OWGR: No. 6

After his playoff performance, where he picked up a win at The Barclays, along with his starring role at the Ryder Cup, Reed is an easy power pick this week. The The 25 year-old Reed has five wins on Tour and at least one in each of the last four seasons. Reed, who is sure to be a fan favorite, will be looking to make it 5 straight this week at TPC Kuala Lumpur.
FedEx Rank: No. 3
OWGR: No. 7

Garcia is playing in his fourth straight CIMB Classic. The 36 year-old Spaniard has finished in the Top 25 the past three years: T11 in 2013, T2 in 2014 and T24 last year. Garcia won for the ninth time on the PGA Tour last season at the AT&T Byron Nelson, and finished strong with a memorable Singles Match against Phil Mickelson (which finished in a draw) during the Ryder Cup.
2016 FedEx Rank: No. 32
OWGR: No. 14

Aside from being the CIMB Classic’s defending champion, Thomas enters the tournament playing some of the best golf of his young career. In his last 7 events entered, the University of Alabama alum has four Top 10s, including a T8 at last week’s Safeway Open. On the way to his first victory at the CIMB last year, Thomas set a tournament record with 26-under par finish.
FedEx Rank: No. 12
OWGR: No. 35