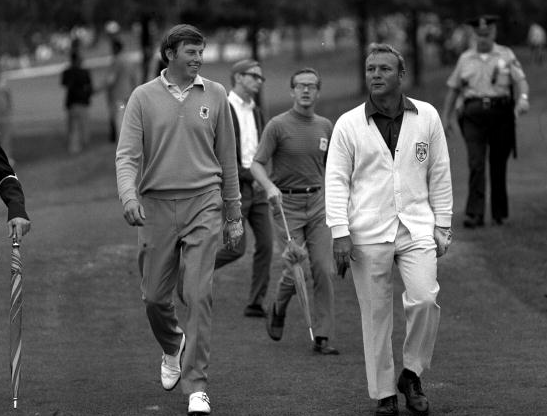 The 2016 Ryder Cup Matches will most certainly be a hotly contested event. The Europeans are coming in with three consecutive victories at the biennial matches and will be looking forward to extend their winning streak.

Here are 10 Things You Must Know about the Ryder Cup.

The Ryder Cup is named after English businessman, Samuel Ryder who donated the trophy. The first official Ryder Cup Matches was held in 1927 at the Worcester Country Club in Massachusetts, US, although unofficial matches were also held a year earlier.

Up until 1977, the matches were held between the United States and the Great Britain & Ireland. But from 1979, European continental players were also included as part of the team. The primary reason was that before 1977, the Americans dominated the matches and often won with convincing margins. The change worked very well considering that the matches have become much more competitive since then.

4. Tie Goes To The (Previous) Winner

On two occasions, the Ryder Cup has ended in a tie. At Royal Birkdale in 1969, with the match tied on 15 ½ each, Jack Nicklaus and Tony Jacklin were all square heading to the 18th in the final singles match. Nicklaus in a one of the greatest show of sportsmanship conceded Jacklin’s birdie putt to tie the match. “I don’t think you would have missed that putt,” Nicklaus said to Jacklin afterwards, “but in these circumstances I would never give you the opportunity.” The Americans had won on the previous occasion and had thus retained the cup. In 1989 at The Belfry, the Europeans retained the cup as the match ended up in a tie.

Unlike the Presidents Cup, at the Ryder Cup, the captains put out their teams without knowing the order of the other team’s line-up. It’s one captain’s batting order against the other’s.

The Ryder Cup has been cancelled or postponed on two occasions. First, in 1939, the British PGA immediately cancelled the match once War was declared on September 3. The Ryder Cup wasn’t held during the War years and was continued only in 1947. The 2001 Ryder Cup was originally scheduled for 28-30 September at The Belfry. Following the September 11 attacks, the PGA of America informed their counterparts that the US team would be unable to compete. The very next year, the competition was played at the very same venue with the same teams who had been who been scheduled to play a year earlier.

Following the third consecutive loss by the American side in 2014, the PGA of America created of a much-hyped ‘Ryder Cup Task Force’. The primary responsibility of the Task Force was the selection of the Ryder Cup captains and vice-captains and review the team selection process. The Task Force was later disbanded and replaced by a 6-man ‘Ryder Cup Committee’, which includes Davis Love III, Phil Mickelson and Tiger Woods.

A lot of players have a 100% record at the Ryder Cup, considering that they have only played a handful of Ryder Cup Matches. But with golfers who’ve played in at least 15 matches, the best winning percentage belongs to Ian Poulter. Poulter has played in five Ryder Cups so far, with a record of 12-4-2 – a .722 winning percentage. He was instrumental in helping the Europeans stage a dramatic late charge at the 2012 matches.