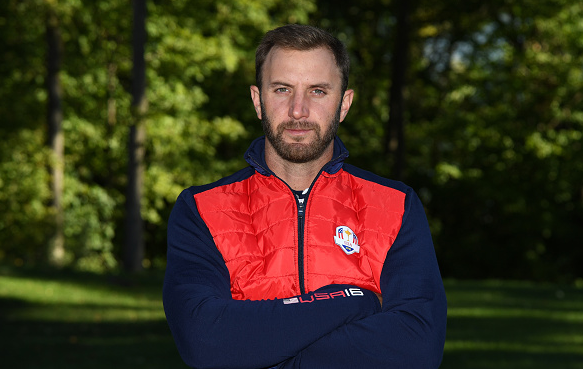 It’s Tuesday, and being a Ryder Cup week, that is what most of the talk has been about. Players have been talking to the media and showing great excitement to compete. Arnold Palmer’s passing is still fresh in the minds of pro golfers, and many have been sharing their thoughts and Arnie stories.

A lot of golfers are also talking about last night’s presidential debate, but we are not going to editorialize on that. We do share some of the more entertaining neutral thoughts.

Player of the Year

Here are the nominees for 2016 Player of the Year:

Dustin Johnson is expected to win in a landslide, despite his awful final round at the Tour Championship. He was dominant on his season and landed a breakthrough major victory.

Bubba Watson, a surprising omission from the Ryder Cup team who accepted a vice-captain position with the team. It was a good compromise for a great personality that hasn’t quite played Ryder Cup caliber golf in the past half year. One of the big benefits of being a vice-captain is that he gets a cool ride:

It’s another fun vehicle in Bubba’s impressive collection, along with a hover-cart and the General Lee.

Andrew ‘Beef’ Johnston was given artwork from one of his young fans. Beef, who likes to connect with fans as much as any professional athlete, posted it to his Instagram.

I never had time to post this up. I got given this in Switzerland which I loved and going to get it framed! ??

Beef’s exponentially growing fanbase is likely to get bigger, as the Englishman recently secured his PGA Tour card for next season, via the Web.com finals.

Last night’s debate between presidential candidates Hillary Clinton and Donald Trump drew millions of viewers. PGA golfers had plenty to say about what they heard, but Ben Crane wanted to really get to what’s important:

.@LesterHoltNBC @realDonaldTrump @HillaryClinton do you think a divot should be considered ground under repair?

Hunter Mahan believes it is:

of course it is!!! It's literally the definition of ground under repair!

Speaking of the debate, Justin Thomas found it exhausting:

Never thought I would be sweating watching this debate #sports

Athlete Product Pitch of the Day

The company describes them as “premium chocolate bars in four delicious flavors”. They also sell gummies and gumballs.

A Toast to Arnie

Over the past two days, the golf world has mourned the loss of PGA legend Arnold Palmer. It has been one impassioned story after another about how much Arnie positively influenced the lives of those around him. Brad Faxon and Ian Baker-Finch had an especially touching toast and tribute:

RIP Arnie. @IBFinchy and I touching glasses for the road you paved and the legacy you left. We are all privileged to have known you. pic.twitter.com/LEBWrY66eA

The LPGA’s Natalie Gulbis also shared one of her favorite Arnie moments:

can't believe we won't see you on a range, at a course or during a charity golf again as pictured here #arnoldpalmer #arnoldpalmer

What a putter cover… pic.twitter.com/n2zqSkymy0

McIlroy won $11.53 million on Sunday for winning both the Tour Championship and the FedEx Cup, after coming into the tournament ranked sixth in the standings. He won $5,679,575 in PGA winnings this year (4th on Tour), plus E 2,487,204 on the European Tour money list. Not bad for what has been widely considered a down year for him.

The people who operate Phil Mickelson’s twitter account posted a video of Phil explaining how the Ryder Cup works. It’s a very clear explanation, which is not surprising since Phil has always been an eloquent speaker. This week marks Mickelson’s 11th Ryder Cup appearance. He has a record of 16 wins 19 losses and 7 halves.

From four-ball to alternate shot, Lefty is a big fan of all aspects of the #RyderCup and the unique experience it presents golfers. #GoUSA pic.twitter.com/vRSpgACk5b

These are the Ryder Cup records of golf’s al-time greatest, listed by number of victories