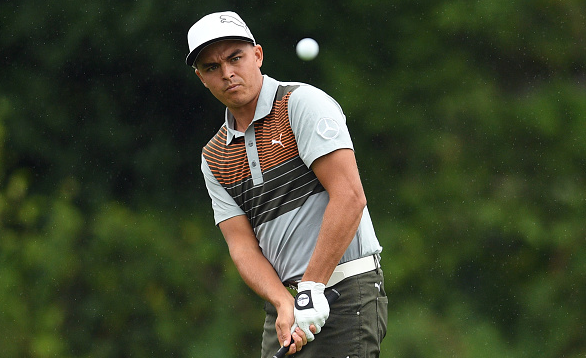 Round one of the WGC-HSBC Champions is in the books at Sheshan International in Shanghai, and Rikard Karlberg is the surprise leader. While the world’s best golfers hit some great shots, so did the the world’s best photographers from Getty Images.

Here’s a roundup of some of the best photography shots from day number one in China. (Pro Tip: Hover over image for credits and description.)

Martin Kaymer of Germany concentrates on his chip shot during round one.

Patrick Reed cleans up a ball mark on the green as his caddie reads the line.

Bubba From The Bunker

Bubba Watson plays his Titleist Pro V1x out of the bunker during the first round.

Thomas Pieters chips one out of the bunker in round number one.

Paul Casey hits his approach shot on the 15th hole during round one of the WGC-HSBC.

Si Woo Kim reacts after a missed putt on the 4th hole.

Daniel Berger zones in on his Titleist Pro V1x golf ball during round one.

Bill Haas tries to stay dry while removing his Titleist golf glove on the 9th hole.