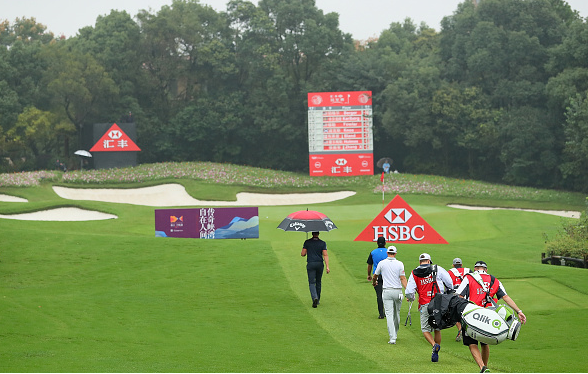 After the first round of play in Shanghai at the WGC-HSBC, many of the top players in the field criticized the conditions of the greens at Sheshan International Golf Club.

The Shanghai region has received more rain than normal this season, which has made it difficult for the grounds crew to maintain the conditions of the greens. They are currently very bumpy and slow – less than ideal for a WGC event.

Here’s a round up of some of the criticism.

Sergio Garcia: “Obviously the greens are not great to look at, with the problems they have had and all this rain, they are quite bumpy and quite slow. But we try to deal with it the best way possible.”

Rory McIlroy: “Greens were a little — they are soft and obviously there’s a lot of footprints and stuff. I feel I did everything okay.”

Rickie Fowler: “Probably the greens on our back nine. You start to get some marked-up spots where obviously with the traffic and them being as soft as they are, it’s tough. To hit putts uphill is hard enough with water on them, and some short ones can get a little dicey with, like I said, the foot traffic around the hole.”

Rikard Karlberg: “Greens were pretty bumpy in the end, because of how soft they were, I still run past the hole and really tried to hole everything, and I think this will be a good key for the rest of the tournament.”