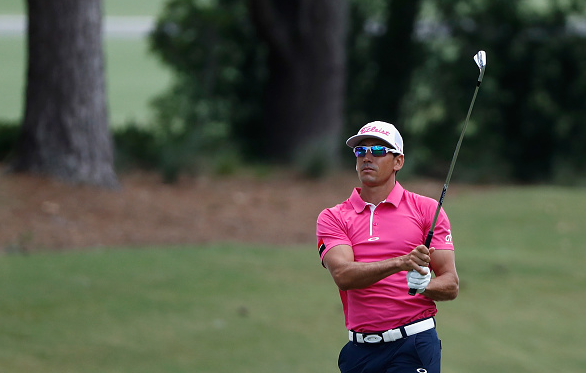 Si Woo Kim won the PLAYERS Championship after posting a final-round 3-under 69 at TPC Sawgrass on Sunday. The 21-year-old South Korean finished at 10-under for the “5th major,” topping co-runner-ups Ian Poulter and Louis Oosthuizen by 3 shots.

It was Kim’s second career PGA Tour win, and with it, he becomes the fourth youngest player in history to win two Tour titles. Only Tiger Woods, Jordan Spieth and Sergio Garcia were younger than Kim.

Before we move on to Texas and the Byron Nelson, let’s look back at the three best shots from THE PLAYERS at TPC Sawgrass.

Rafa Cabrera Bello was at 2-under, and outside of the top-10 with three holes to play in Sunday’s final round. But after holing out his second shot on par-5 16th, the Spaniard gained three shots on the field, and moved to 5-under-par.

For good measure, Raffy followed up that great hole with a ho-hum birdie at the iconic 17th to finish at 6-under-par and tied for 4th. The difference between -2 (T12) and -6 (T4) was $250K – a quarter of a millions bucks! Nice finish, Raffy.

Ian Poulter was in the hunt on Sunday. That is, right up until he shanked his second shot on the par-4 18th hole.

After taking a drop for a penalty, Poulter was hitting his fourth shot (on the par 4) from an almost-impossible angle – 115 yards away, behind trees and from some pine straw.

But the Englishman absolutely nailed it up and over the trees for a tap-in bogey. The shot kept Poulter in a tie for second, and saved him about a half million dollars in earnings (at minimum).

Last but not least is Sergio Garcia’s hole-in-one at the iconic 17th on Friday. Not much table-setting needed here for what was only the 8th ace ever recorded at the island green.