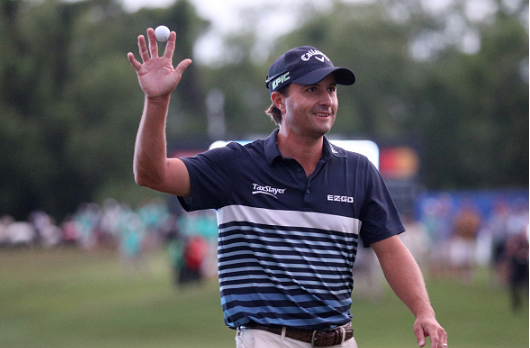 With the sudden death playoff between the teams of Kevin Kisner-Scott Brown and Jonas Blixt-Cameron Smith about to get underway, it’s safe to say the Zurich Classic exceeded all expectations and hype coming into the week.

To recap: Thursday and Saturday was played in alternate shot format, while Friday and Sunday was played as best ball. During the playoff, the players will continue to play best ball until one team wins.

To wrap up coverage of the Zurich Classic, let’s look back on the three best shots.

Unreal…  With their playing partners already in close, Kisner and Brown knew they needed to make eagle to send the Zurich Classic into a playoff. With everything laying on the line, Kisner delivered!

Side note: this was Kisner’s third chip-in on the day!

Despite missing the cut with partner Kevin Streelman, Russell Knox provided some excitement with the shot of the day in the second round.

Knox’s perfect approach shot found the back of the cup for an eagle.

Reel it in. ?#QuickHits pic.twitter.com/pBdmUM96sq

Daniel Berger’s iron game on Friday was on point. The 24-year-old Florida native hit many approach shots inside 10-feet, including the one below.

Berger and Pieters went on to miss the cut despite a second round 67.

Honorable mention: below is Berger, Fowler and Pieters all hitting approach shots inside of 3-feet. Pretty easy hole.