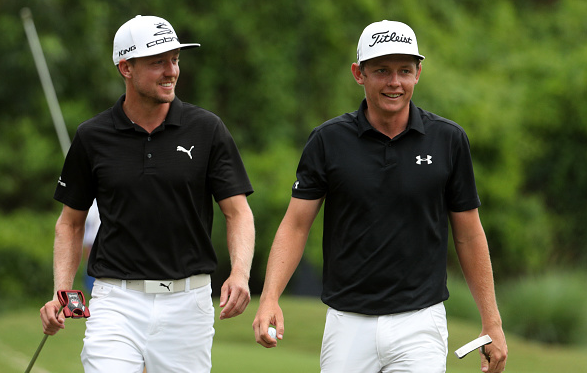 The team of Cameron Smith and Jonas Blixt beat Scott Brown and Kevin Kisner in a sudden death playoff to win the Zurich Classic.

Smith drained a 3-foot birdie putt on the fourth playoff (18th) hole at TPC Louisiana to grab his first PGA Tour victory. It was the third win of Blixt’s career.

Both teams finished at 27-under for the tournament, with Brown-Kisner officially finishing second following the four-hole playoff loss.

Kelly Kraft and Kevin Tway posted a four-round total of 23-under to finish in solo-third. The first round co-leaders, Jordan Spieth and Ryan Palmer, posted a final-round 8-under 64 to move up to 4th place at 22-under.